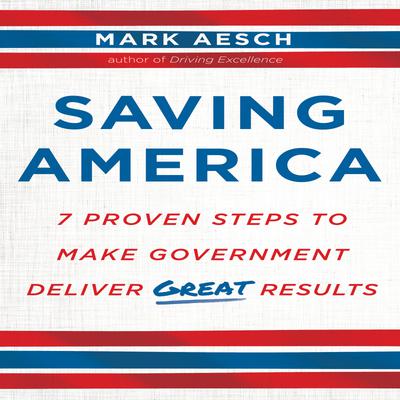 National polling indicates that for the first time in American history, people believe their children will not be as well off as they are. The primary reason for this? The lack of performance by government. The public sector receives trillions of American taxpayer dollars every year and yet because of its seeming inability to run effectively, government is not delivering the level of service the people are paying for. In Saving America, Mark Aesch tells us where government – at the local, state, and federal level – is falling short and offers a coherent, non-partisan, Seven-Step plan for rebuilding our nation’s public agencies. The audiobook is not a political broadside or a theoretical academic tract; it’s an accessible guidebook that helps local citizens, elected officials, and administrators make American government great again. The Seven Steps process will lead to measurable gains for organizations large and small, including school systems, municipal governments, entire states, and even the federal government itself.