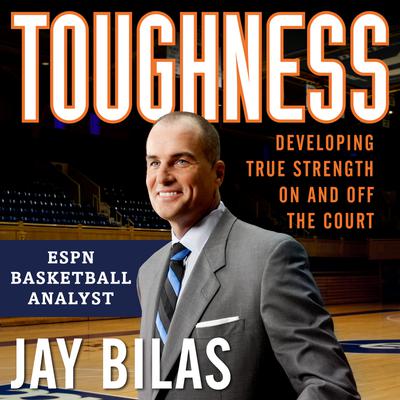 Developing True Strength On and Off the Court

The popular ESPN basketball analyst and former Duke player looks at the true meaning of toughness. If anyone knows tough, it’s Jay Bilas. A four-year starter at Duke, he learned an incomparable work ethic under coach Mike Krzyzewski, battling against the greatest college players in the game. After playing professionally overseas for several years, he returned to Duke, where he served as Krzyzewski’s assistant coach for three seasons, during which the Blue Devils won back-to-back titles. A graduate of Duke Law School, he has since become one of basketball’s most recognizable faces through his insightful, intelligent work on ESPN’s SportsCenter and College GameDay. Through his ups and downs, on and off the court, Jay learned the true meaning of toughness from coaches, teammates, and colleagues. Now, he discusses this misunderstood—yet vital—attribute and how it contributes to winning in sports and in life. Featuring never-before-heard stories and personal philosophies on toughness from top players and coaches including Coach K, Bob Knight, Grant Hill, Mia Hamm, Jon Gruden, Tom Izzo, Bill Self, Curtis Strange, and many others—Bilas redefines what it takes to succeed.