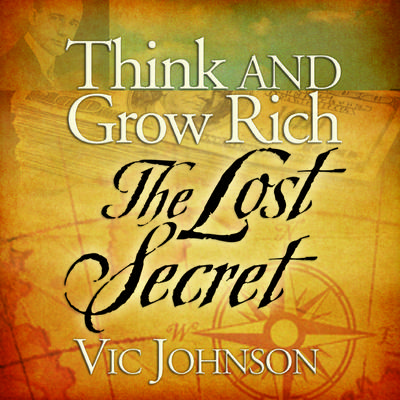 In the 70+ years since it was first published, millions of people around the world have uncovered the incredible secrets of success found in Think and Grow Rich by Napoleon Hill.

It is, without question, the number one success book of all time and studied by successful people more than any other book of its kind.

But there is one secret --- you could call it the fundamental secret --- that makes all of the other secrets of the book come to life.

Vic Johnson, founder of AsAManThinketh.net, unlocks all the details of the secret he first introduced on his number one ranked video "Think and Grow Rich: The Lost Secret." Including:

The one single principle that ties together ALL of the principles of Think and Grow Rich and is a MUST in order to achieve any kind of real success The three pillar secret that has been used by kings, barons of business, world leaders, celebrities, sports superstars and others to amass huge fortunes and unending accomplishments. A formula that is well known in the physics community that when applied to achievement virtually locks in success Four key rules to harness momentum in your favor, otherwise known as the "big mo" And lots more.