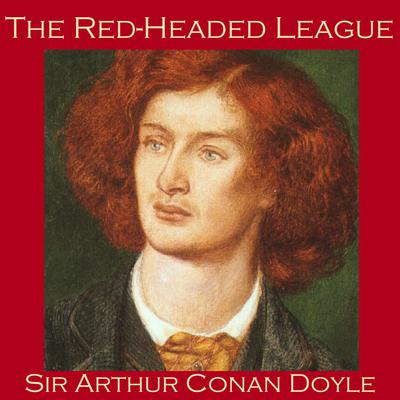 Sir Arthur Conan Doyle (1859-1930) was the leading detective writer of the late nineteenth century. A physician by profession, he soon found writing to be more profitable that medical practice and rapidly gained fame with his tales of the master sleuth, Sherlock Holmes.

In The Red-Headed League, Holmes is faced with a bizarre puzzle. His client, a red haired pawnbroker, had answered an odd advertisement from an organisation designed to promote the interests of red haired men. He is offered a highly paid job, which involves sitting in an office in fleet street between the hours of ten and two every day, copying out texts from the Encyclopaedia Britannica.

One morning he arrives at the office to find a notice on the door announcing that the Red Headed League has been dissolved. His own enquiries lead to nothing, so he takes his case to the famous Sherlock Holmes. Holmes immediately realises that a grave crime is about to be committed... and together with his trusty companion, Dr. Watson, he sets out to foil the plot.