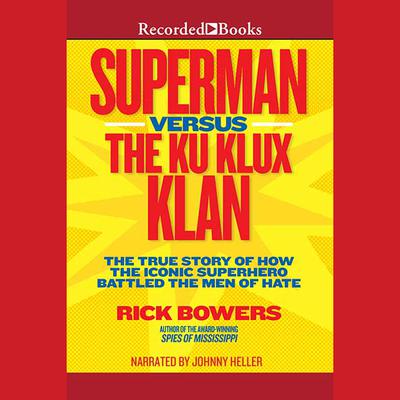 Superman versus the Ku Klux Klan

Journalist Rick Bowers has contributed to Time, the Washington Post, and USA Today, and his fascinating Spies of Mississippi-about the spy network that tried to take down the Civil Rights Movement-earned a starred review from Booklist. Here Bowers examines how, in the late 1940s, The Adventures of Superman radio show struck a powerful blow to the KKK when it aired episodes pitting the hero against the Klan in an effort to teach young listeners to stand up to bigotry.