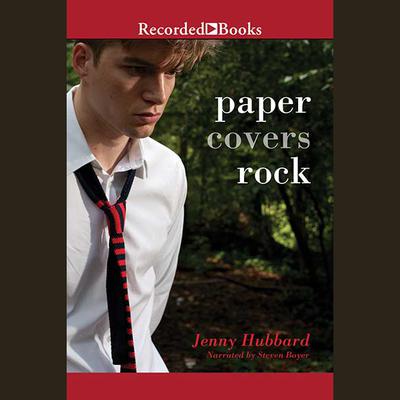 Jenny Hubbard's debut Paper Covers Rock earned instant acclaim upon publication, garnering starred reviews from Publishers Weekly, School Library Journal, and the Horn Book Magazine. Tucked away at an exclusive boys' boarding school, friends Alex and Glenn fail to prevent their classmate's drowning in a nearby river. Distraught, Alex pours his guilty feelings into a journal, and Glenn weaves a web of lies to explain their actions that day. Meanwhile, their English teacher Miss Dovecott grows suspicious of the two and begins a troubling investigation.