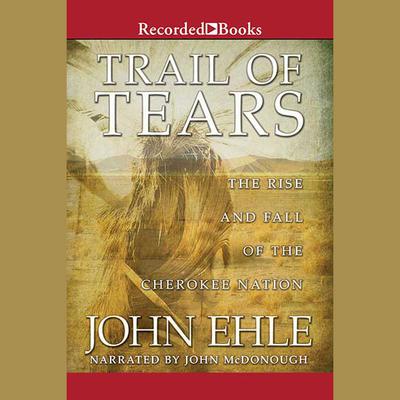 The Rise and Fall of the Cherokee Nation

A sixth-generation North Carolinian, highly-acclaimed author John Ehle grew up on former Cherokee hunting grounds. His experience as an accomplished novelist, combined with his extensive, meticulous research, culminates in this moving tragedy rich with historical detail. The Cherokee are a proud, ancient civilization. For hundreds of years they believed themselves to be the "Principle People" residing at the center of the earth. But by the 18th century some of their leaders believed it was necessary to adapt to European ways in order to survive. Those chiefs sealed the fate of their tribes in 1875 when they signed a treaty relinquishing their land east of the Mississippi in return for promises of wealth and better land. The U.S. government used the treaty to justify the eviction of the Cherokee nation in an exodus that the Cherokee will forever remember as the "trail where they cried." John McDonough narrates with thoughtful gravity. The heroism and nobility of the Cherokee shine through this intricate story of American politics, ambition, and greed.