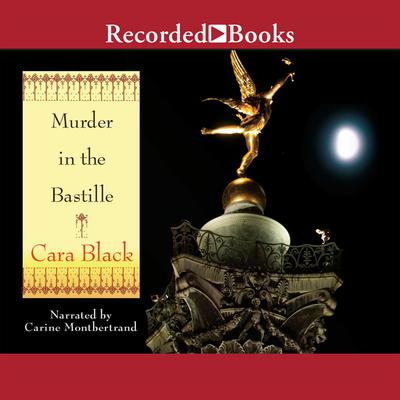 Murder in the Bastille

AimEe Leduc is all dressed up in her new Chinese silk jacket, supposedly an "exclusive," for dinner with a difficult client at an elegant restaurant in the Bastille district. She is chagrined to see that the woman seated at the very next table is wearing an identical jacket. When the woman leaves her cell phone on the table, AimEe follows her to return it and is attacked in the shadowy Passage Boule Blanche. When she regains consciousness, AimEe finds that she is blind. Nevertheless, she is told she is lucky; the woman she was following was found in the next passage, murdered. AimEe is determined to identify her attacker. Was he actually a serial killer targeting showy blondes as the police insist? Was he really after the other woman? Or was AimEe his intended victim? "Black's fourth is her best yet, with complex, appealing characters, a crisp, well-paced mystery, and a setting like no other."-Kirkus Reviews, starred review "Cara Black books are good companions, and Murder in the Bastille especially so. Fine characters, good suspense, but, best of all, they are transcendentally, seductively, irresistibly French. If you can't go, these will do fine. Or, better, go and bring them with you."-Alan Furst "Charming . AimEe is one of those blithe spirits who can walk you through the city's historical streets and byways with their eyes closed."-New York Times Book Review 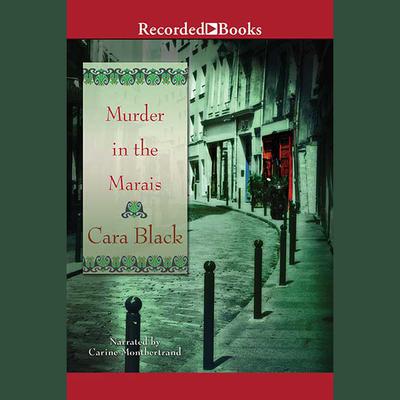 Murder in the Marais
Cara Black

Murder in the Marais

In Cara Black's "accomplished, absorbing debut" (Kirkus Reviews), PI AimEe Leduc must decrypt a digitized photo from the 1940s. But when AimEe visits the historic Jewish quarter of Paris to deliver the picture, she finds its intended recipient murdered-and with a swastika carved in her aged forehead. "Literate prose, intricate plotting, and... Read more » 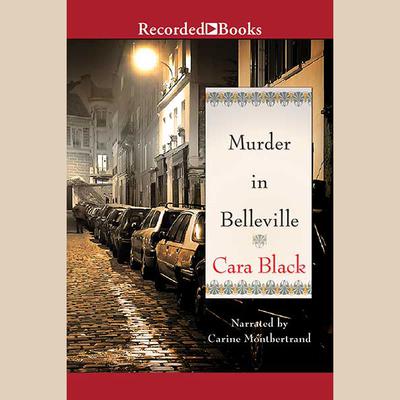 Tension runs high in this working-class neighborhood as a hunger strike to protest strict immigration laws escalates among the Algerian immigrants. AimEe barely escapes death in a car bombing in this tale of terrorism and greed in the shadows of Paris. Read more » 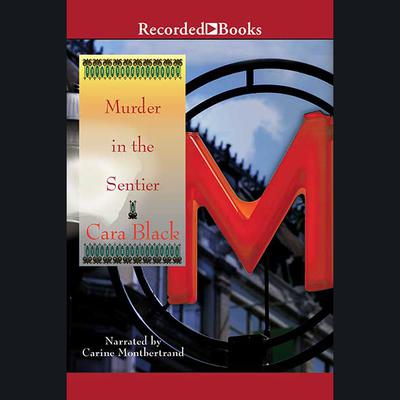 Murder in the Sentier
Cara Black

Murder in the Sentier

Anthony Award nominee Cara Black has garnered international acclaim for the authentic characterization and tantalizing suspense of her AimEe Leduc series. In this third entry-set in 1994 Paris-AimEe fears that a 1960s Communist gang is on the loose-and her long-lost mother just may be one of them. Read more »

Murder in the Bastille
Cara Black

Murder in the Bastille

AimEe Leduc is all dressed up in her new Chinese silk jacket, supposedly an "exclusive," for dinner with a difficult client at an elegant restaurant in the Bastille district. She is chagrined to see that the woman seated at the very next table is wearing an identical jacket. When the woman leaves her cell phone on the table, AimEe follows her to... Read more » 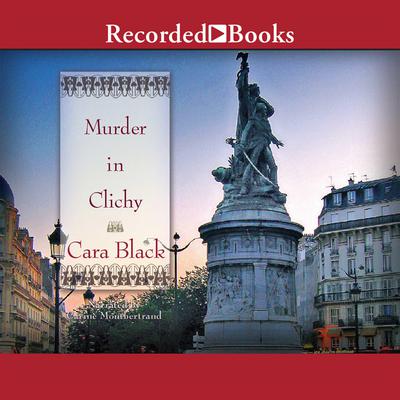 Spirited AimEe Leduc, a private investigator based in Paris, has been introduced to the Cao Dai temple by her partner, RenE, who urges her to learn to meditate as a counterbalance to her frenetic lifestyle. A Vietnamese nun asks her for a favor-to hand over a check and bring a package back to the temple. But this act of kindness ends in a... Read more » 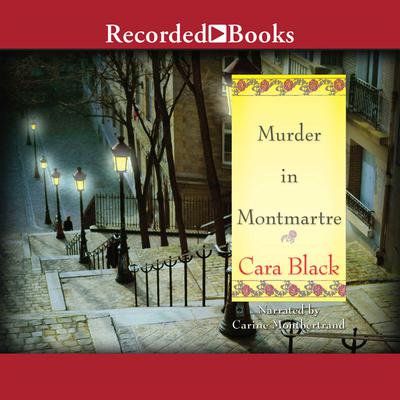 "Chilling. . . . The book vividly depicts a gritty, working-class part of Paris. . . . Black succeeds in making the reader feel the damp, the snow, the fear."-Publishers Weekly "I always wondered why I used to quicken my step in Montmartre. After reading Cara Black's wonderful book, now I know. As atmospheric as anything by John le... Read more » 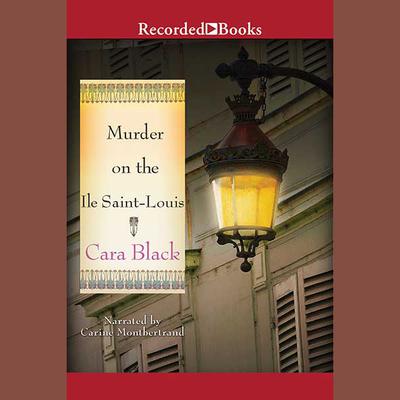 Murder on the Ile Saint-Louis

Cara Black has earned a devoted international following for her gripping mysteries set in France and starring the indomitable AimEe Leduc. Here, AimEe faces her greatest challenge when she assumes guardianship of an abandoned infant all the while being hunted by a killer in the sewers beneath the Seine. "AimEe makes an engaging protagonist,... Read more » 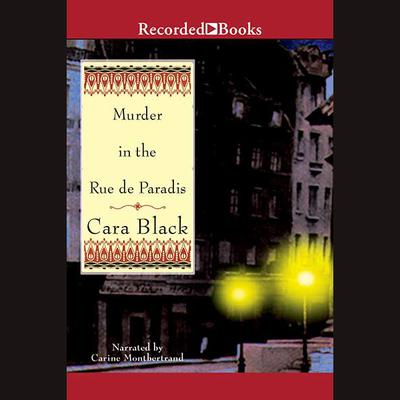 Murder in the Rue de Paradis

Recipient of a starred review from Library Journal, Cara Black's novel follows a chic heroine into the recesses of French society. When her ex-lover returns from Egypt, AimEe accepts his marriage proposal. The next day he's found dead, and she begins tracking clues pointing toward an international conspiracy. Read more » 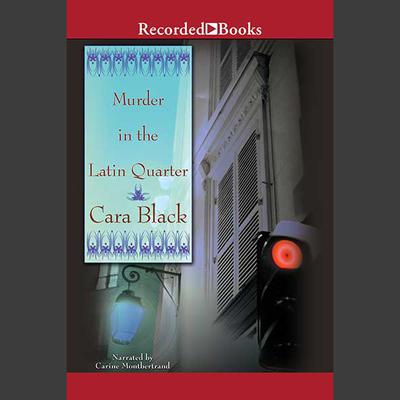 Murder in the Latin Quarter

Cara Black's AimEe Leduc mystery series transports listeners to the streets of Paris for dark crime stories. Working in her office, AimEe is surprised by Mireille, a Haitian immigrant who claims to be her sister. But before AimEe can learn more, Mireille disappears, leaving only a note behind. Following up on the note, AimEe soon becomes wrapped... Read more » 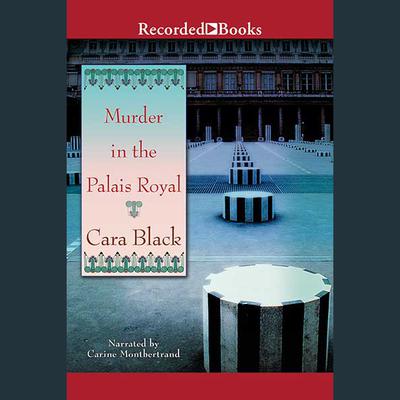 Murder in the Palais Royal

Cara Black has won fans around the globe for her Paris-based mysteries starring AimEe Leduc. When suspicion falls on AimEe after her partner is shot, the beleaguered sleuth must race to prevent more violence. "The buzz is partly about her heroine's hip, next generation, cutting-edge investigations and partly about Paris, a setting of unrivaled... Read more » 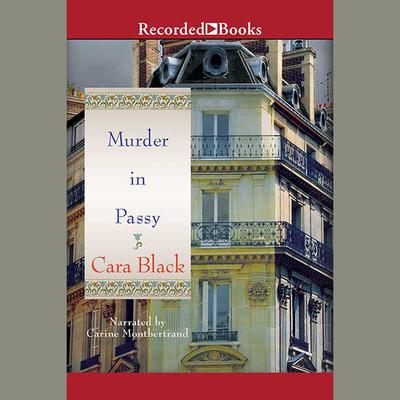 Cara Black's best-selling AimEe Leduc mysteries feature a streetwise PI who calls Paris her home. In her 11th outing, AimEe is faced with her most daunting challenge yet. Her godfather and mentor Commissaire Morbier is accused of murder, and it's up to AimEe to clear his name. But as she investigates, she uncovers a terrifying conspiracy... Read more » 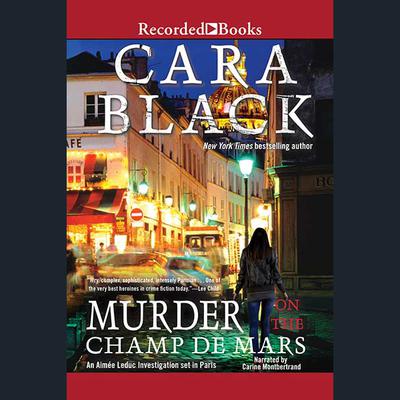 Murder on the Champ de Mars

Paris, February 1998: Aimee Leduc has her work cut out for her - running her detective agency and fighting off sleep deprivation as she tries to be a good single mother to her new bebe. The last thing she has time for now is to take on a personal investigation for a poor manouche (French Gypsy) boy. But he insists his dying mother has an... Read more » 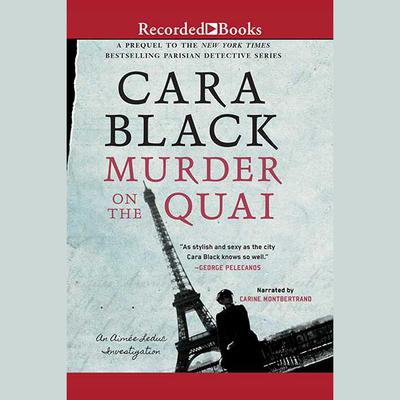 Murder on the Quai
Cara Black

Murder on the Quai

The world knows Aimee Leduc, heroine of 15 mysteries in this New York Times bestselling series, as a tres chic, no-nonsense private investigator-the toughest and most relentless in Paris. Now author Cara Black dips back in time to reveal how Aimee first became a detective . . . November 1989: Aimee Leduc is in her first year of college at... Read more » 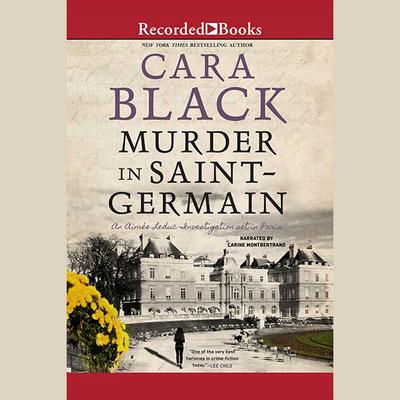 Paris, July 1999: Private investigator Aimee Leduc is walking through Saint-Germain when she is accosted by Suzanne Lesage, a Brigade Criminelle agent on an elite counterterrorism squad. Suzanne has just returned from the former Yugoslavia, where she was hunting down dangerous war criminals for the Hague. Back in Paris, Suzanne is convinced... Read more » 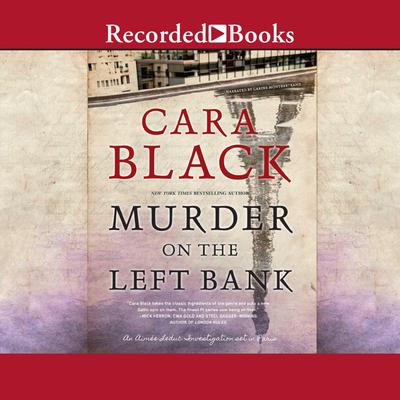 Murder on the Left Bank

The eighteenth mystery in the New York Times bestselling Parisian detective series! A dying man drags his oxygen machine into the office of Eric Besson, a lawyer in Paris's 13th arrondissement. The old man, an accountant, is carrying a dilapidated notebook full of meticulous investment records. For decades, he has been helping a cadre of dirty... Read more » 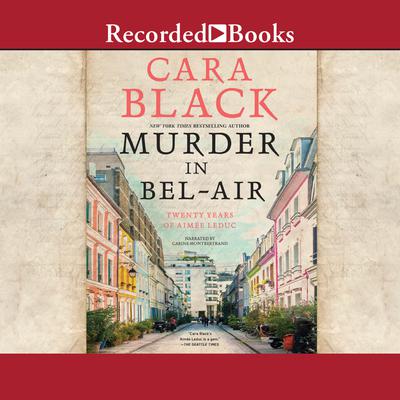