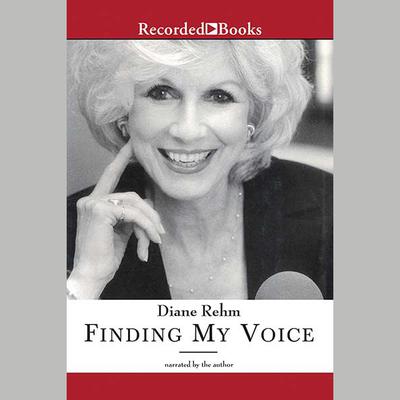 Diane Rehm has hosted a show on WAMU in Washington, D.C. since 1979. Newsweek calls The Diane Rehm Show one of the most interesting talk programs in the country. In Finding My Voice, this nationally acclaimed public radio personality shares the fascinating story of her life. Diane grows up with rigid Christian Arab parents who give her little self confidence. Her father is distant, and her mother has a violent temper. Diane's first husband is as inaccessible as her father, and her life as a housewife is disappointing. But when she begins working at WAMU, she embarks on a path of self-discovery and transformation. Behind the microphone, Diane finds her true avocation. In addition to her successes, in the final section of this book she recounts her frightening battle with a neurological disorder that has demanded all her courage and resourcefulness to overcome. Finding My Voice is more than the biography of a remarkable woman. It also traces the rise of public radio and its role in the nation's capital. Hearing the author read makes it even more captivating.