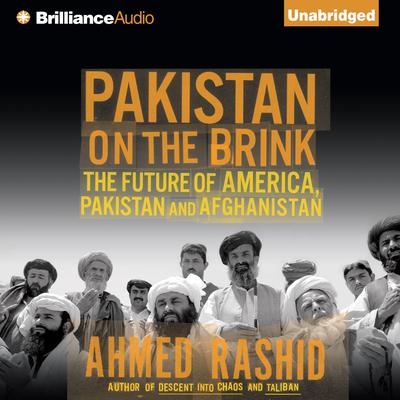 Pakistan on the Brink

The Future of America, Pakistan, and Afghanistan

What are the possibilities—and hazards—facing America as it withdraws from Afghanistan and reviews its long engagement in Pakistan? Where is the Taliban now in both of these countries? What does the immediate future hold, and what are America’s choices going forward? These are some of the crucial questions that Ahmed Rashid—Pakistan’s preeminent journalist—takes on in this follow-up to his acclaimed Descent into Chaos.

The escalation of the war in Afghanistan has deepened a long-standing crisis in its neighbor to the east. Pakistan’s political and military leadership has exhibited neither the courage nor the will to carry out major reforms in the country’s foreign and economic policies. The Pakistani state still fosters many extremist jihadi fighters, even as the Pakistani Taliban directly threaten that very state. Social services are near collapse, law enforcement is abysmal, economic hardship is widespread, natural disasters occur with little government assistance, and the majority of the population has no security. During the first years of the Obama administration, the critical U.S.-Pakistan relationship has been in a state of virtual meltdown. American strategy has reflected contradictory policies, intense political infighting, and uncertainty about U.S. aims in the region.

All parties to the conflict in Afghanistan and to the deterioration in Pakistan have made terrible mistakes, acting with arrogance, hubris, rigidity, and stubbornness. While struggles for democracy are occurring in countries that have hitherto known nothing but dictatorship, South and Central Asia, the birthplace of Al Qaeda, remains beset by extremist groups and nuclear weapons. Yet Afghanistan and Pakistan have a greater impact on global stability than anywhere else, and the decisions made by America and the West in the coming years about Pakistan will affect the security and safety of the world.

For three decades, Ahmed Rashid has reported, written, and spoken about the wars and political events he has witnessed and has been lauded internationally for his levelheaded, informed insights. As an up-to-date briefing from one of the world’s leading experts, and as an exhortation toward peace and understanding, Pakistan on the Brink is Rashid’s most urgent book.