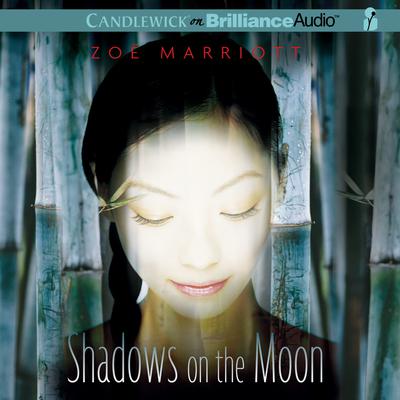 Shadows on the Moon

Sixteen-year-old Suzume is a shadow weaver, trained in the magical art of illusion. She can be anyone she wants to be—except herself. Is she the girl of noble birth, trapped by the tyranny of her mother’s new husband, Lord Terayama? A lowly drudge scraping a living in the ashes of Terayama’s kitchens? Or Yue, the most beautiful courtesan in the Moonlit Land? Even Suzume is no longer sure of her true identity. But she is determined to steal the heart of the Moon Prince and exact revenge on her stepfather for the death of her family. And nothing will stop her. Not even her love for fellow shadow weaver Otieno, the one man who can see through her illusions.

Set in a fairy-tale version of ancient Japan, Shadows on the Moon shakes up the Cinderella story with its brave, resourceful, and passionate heroine.

“Shadows on the Moon weaves a spell as deft as any by its main character. Beautiful and cruel; a mesmerizing read with an intoxicating love story.”? -L. A. Weatherly, author of Angel Burn and Angel Fire

“Beautifully written, with diverse and fascinating characters, an intriguing plot, and a romance that will steal your heart. One of the most innovative fairy-tale retellings I’ve read in years.”? —?R. J. Anderson, author of Spell Hunter and Ultraviolet

“The lyrical prose of Shadows on the Moon captures the essence of the fairy tale, while the love story will capture readers’ hearts.” —?Jaclyn Dolamore, author of Magic Under Glass and Between the Sea and Sky