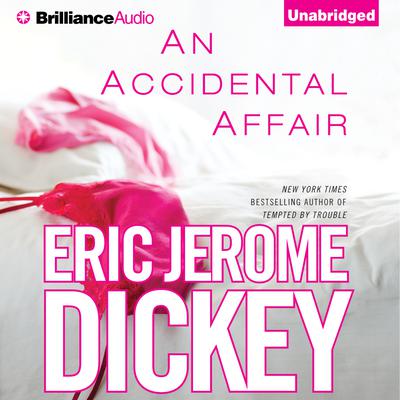 New York Times bestselling author Eric Jerome Dickey once again “pushes romance and deceit to the next level” (USA Weekend) in this tantalizing tale of a high-profile marriage rocked by scandal, obsession, and murder.

Screenwriter James Thicke is a man whose mysterious past runs as deep as his violent streak. Now he and his volatile movie star wife, Regina Baptiste, have channeled their passions into an electrifying new project: a film rumored to cross the boundaries of on-screen sexuality. But it’s James’s limits that are about to be tested—by a surreptitiously filmed video of his wife with her co-star Johnny Bergs, in the most comprising of situations. Within hours, it goes viral.

Regina claims she is innocent. But the humiliation and rage leave James with only one recourse—an act of violence that sends him on the run and into hiding. Seething with bitter betrayal, and a still-consuming love for his troubled wife, he nurses a slow-boiling desire for something more permanent: revenge. His need for vengeance takes James and Regina on a headlong odyssey of obsession, sexual impulse, blackmail, and murder. And getting back will be hell.