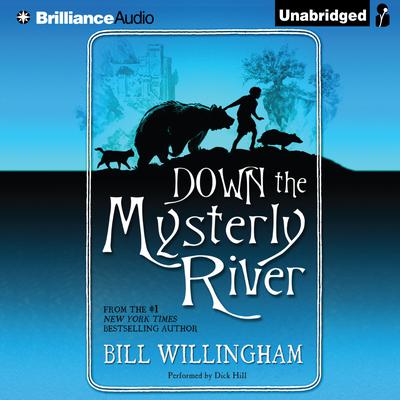 Max “the Wolf” is a top-notch Boy Scout, an expert at orienteering, and a master of being prepared. So it is a little odd that he suddenly finds himself, with no recollection of his immediate past, lost in an unfamiliar wood. Even odder still, he encounters a badger named Banderbrock, a black bear named Walden, and McTavish the Monster (who might also be an old barn cat)—all of whom talk—and who are as clueless as Max.

Before long, Max and his friends are on the run from a relentless group of hunters and their deadly hounds. Armed with powerful blue swords and known as the Blue Cutters, these hunters capture and change the very essence of their prey. For what purpose, Max can’t guess. But unless he can solve the mystery of the strange forested world he’s landed in, Max may find himself and his friends changed beyond recognition, lost in a lost world....

Down the Mysterly River is the children’s book debut of Bill Willingham, the creator of the #1 New York Times bestselling graphic novel series Fables.