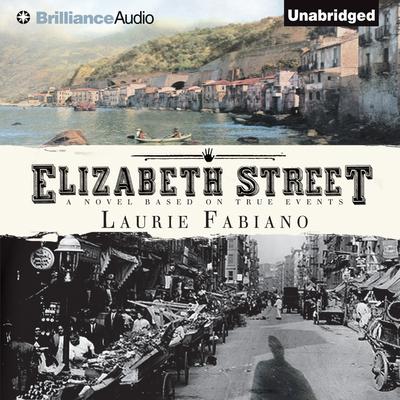 “Basing her story on her own family narratives and a deep understanding of Italian Americans, [Fabiano] paints a vivid portrait not just of immigrants’ lives in the first ten years of the last century, but of the vicious criminals who preyed on them.” —Mike Dash, author of The First Family

In Elizabeth Street, Laurie Fabiano tells a remarkable, and previously unheard, story of the Italian immigrant experience at the start of the twentieth century. With stories culled from her own family history, Fabiano paints an entrancing portrait of Giovanna Costa, who, reeling from personal tragedies, tries to make a new life in a new world. Shot through with the smells and sights of Scilla, Italy, and New York’s burgeoning Little Italy, this intoxicating story follows Giovanna as she finds companionship, celebrates the birth of a baby girl, takes pride in a growing business, and feels a sense of belonging during a family outing to Coney Island.

However, these modest successes are rewarded with the attention of the notorious Black Hand, a gang of brutal extortionists led by Lupo the Wolf. As the stakes grow higher, Giovanna desperately struggles to remain outside the fray, so she may fight for—and finally save—what is important above all else: family.