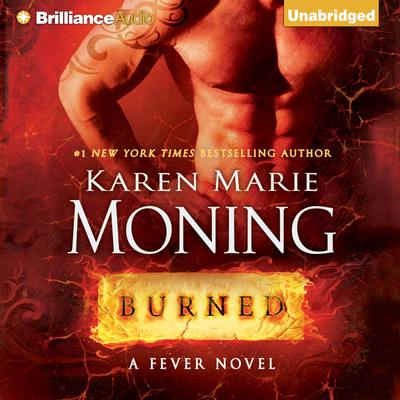 NEW YORK TIMES BESTSELLER • “Mac is back and badder than ever!” —J. R. Ward

MacKayla Lane and Jericho Barrons return in Burned, the latest novel in the blockbuster Fever series from Karen Marie Moning.

It’s easy to walk away from lies. Power is another thing.

MacKayla Lane would do anything to save the home she loves. A gifted sidhe-seer, she’s already fought and defeated the deadly Sinsar Dubh–an ancient book of terrible evil–yet its hold on her has never been stronger.

When the wall that protected humans from the seductive, insatiable Fae was destroyed on Halloween, long-imprisoned immortals ravaged the planet. Now Dublin is a war zone with factions battling for control. As the city heats up and the ice left by the Hoar Frost King melts, tempers flare, passions run red-hot, and dangerous lines get crossed. Seelie and Unseelie vie for power against nine ancient immortals who have governed Dublin for millennia; a rival band of sidhe-seers invades the city, determined to claim it for their own; Mac’s former protégé and best friend, Dani “Mega” O’Malley, is now her fierce enemy; and even more urgent, Highland druid Christian MacKeltar has been captured by the Crimson Hag and is being driven deeper into Unseelie madness with each passing day. The only one Mac can depend on is the powerful, dangerous immortal Jericho Barrons, but even their fiery bond is tested by betrayal.

It’s a world where staying alive is a constant struggle, the line between good and evil is blurred, and every alliance comes at a price. In an epic battle against dark forces, Mac must decide who she can trust, and what her survival is ultimately worth. 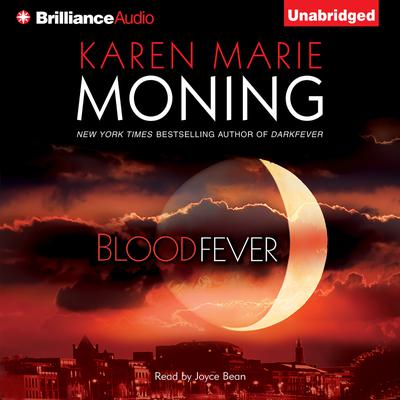 MacKayla Lane’s ordinary life underwent a complete makeover when she landed on Ireland’s shores and was plunged into a world of deadly sorcery and ancient secrets.

In her fight to stay alive, Mac must find the Sinsar Dubh—a million-year-old book of the blackest magic imaginable, which holds the key to power over both the world of the Fae and of... Read more » 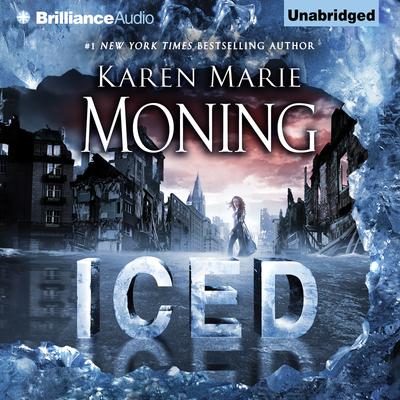 Dani “Mega” O’Malley plays by her own set of rules—and in a world overrun by Dark Fae, her biggest rule is: Do what it takes to survive. Possessing rare talents and the all-powerful Sword of Light, Dani is more than equipped for the task. In fact, she’s one of the few humans who can defend themselves against the Unseelie. But now, amid the... Read more »

NEW YORK TIMES BESTSELLER • “Mac is back and badder than ever!” —J. R. Ward

MacKayla Lane and Jericho Barrons return in Burned, the latest novel in the blockbuster Fever series from Karen Marie Moning.

It’s easy to walk away from lies. Power is another thing.

MacKayla Lane would do anything to save the home she loves. A gifted sidhe-seer, she’s... Read more » 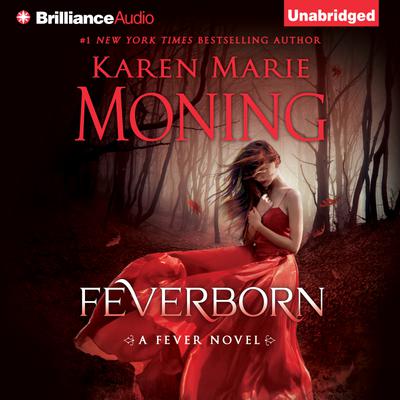 In this installment of Karen Marie Moning’s epic #1 New York Times bestselling Fever series, Mac, Barrons, Ryodan, and Jada are back—and the stakes have never been higher and the chemistry has never been hotter. Hurtling us into a realm of labyrinthine intrigue and consummate seduction, Feverborn is a riveting tale of ancient evil, lust,... Read more »