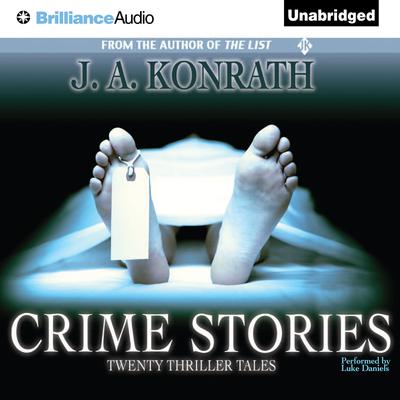 The twenty stories include:

The Big Guys - Flash fiction, winner of the Derringer Award.

A Fistful of Cozy - A satire of the mystery cozy genre.

Lying Eyes - Solve it yourself, given the clues.

Perfect Plan - Another solve it yourself. Don't you remember One Minute Mysteries and Encyclopedia Brown?

Piece of Cake - Another solve it yourself, originally featured in Woman's World.

Animal Attraction - Solve it yourself.

Urgent Reply Needed - A cautionary tale about dealing with spammers.

An Archaeologist's Story - How digging up old bones leads to fresh corpses.

Don't Press That Button! - An essay about the gadgets in the James Bond universe, and which you need to buy.

A Newbie's Guide to Thrillerfest - Never been to a mystery conference? Here's the in-depth dirt.

Inspector Oxnard - He's either brilliant, or too stupid to breathe.

One Night Only - A sports fan ends up in jail, all for the love of the game.

Cozy or Hardboiled? - Take the test to find out which type of book you're reading.

Addiction - What's the worst drug you can get hung up on?

Weigh To Go - A humor column about health clubs.