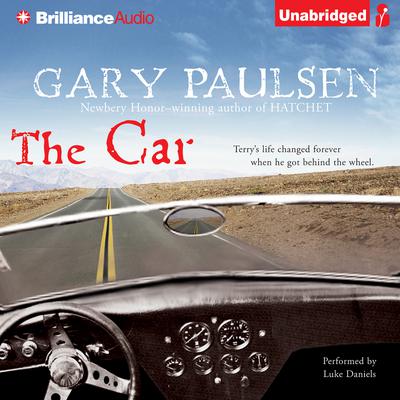 Fourteen-year-old Terry has parents who never paid him much attention. So when they both disappear after one of their all-too-frequent arguments, Terry isn’t exactly eager for them to come home. On his own, he occupies himself by assembling a car kit that’s been collecting dust in the garage for years. When the car is finished, Terry is pleased to discover it actually runs. Though he doesn’t know much about driving, he gets behind the wheel and heads west, with the notion of visiting an uncle in Oregon.

But Terry’s plan takes a detour when he meets Shakespeare-quoting wanderer Waylon Jackson. The aging Vietnam vet has seen and done extraordinary things, and he is still hungry to learn more. With Waylon as his copilot, Terry ends up in locales as varied as a religious commune, a poker game in Deadwood, and Custer’s Last Stand. It’s an exciting and sometimes dangerous journey. Along the way, he learns a lot about people, about America — and ultimately, about himself.

“Besides evoking a type of independence and tough-mindedness that will appeal to teens, this provocative novel introduces and explores some interesting philosophies of life while stressing the value of learning from experience.”
—Publishers Weekly (starred review)