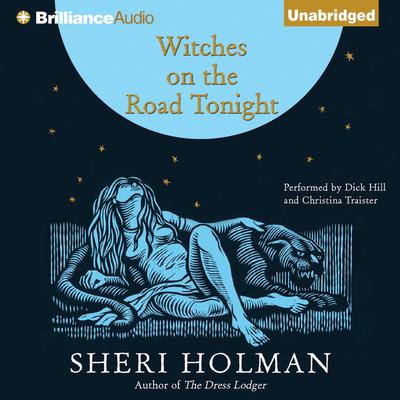 Witches on the Road Tonight

By the bestselling author of The Dress Lodger, Witches on the Road Tonight uncovers the secrets and lies that echo through three generations of one Appalachian family. It is a deeply human, urgent exploration of America’s doomed love affair with fear.

On the eve of World War II, eight-year-old Eddie Alley lies in bed watching his first horror movie, hand-cranked and flickering on the bare wall of a backwoods cabin. In 2011, Eddie’s daughter, Wallis, an anchorwoman for a twenty-four-hour news channel, lies in bed with a stranger, spinning ghost stories. Between these two nights winds the story of the Alley family—Eddie’s mother, Cora, an Appalachian mountain witch who slips out of her skin after nightfall; Captain Casket, Eddie’s alter ego, a campy 1970s TV horror-movie host; and Jasper, the orphaned boy Eddie brings home, who is determined to destroy Eddie’s illusions even if it means destroying himself.

Deftly moving from the rural, Depression-era South to modern New York City, Holman teases out the dark compulsions and desperate longings that can blur the line between love and betrayal. Witches on the Road Tonight is an unflinching story that digs at the roots of myth—both familial and societal—and beautifully renders our perpetual yearning to make sense of the past in our present.