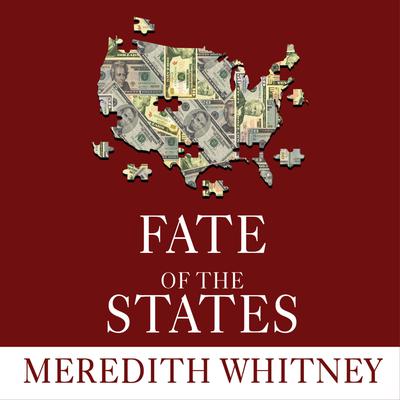 Fate of the States

The New Geography of American Prosperity

"Forget everything you think you know about the direction of the American economy, about our growing need for foreign oil, about the rise of the service economy and the decline of American manufacturing. The story of the next thirty years will not be a repeat of the last thirty." One of the most respected voices on Wall Street, Meredith Whitney shot to global prominence in 2007 when her warnings of a looming crisis in the financial sector proved all too prescient. Now, in her first book, she expands upon her biggest call since the financial crisis.

Whitney points out that it wasn't just consum-ers who binged on debt for the past twenty years but state and local governments too. She explains how the fiscal sins of the past are beginning to transform the U.S. economy along regional lines. And she shows how we are moving into a new era in which wealth, power, and opportunity flow away from the coasts and toward the central corridor.

The housing boom was initially great for states such as California, Nevada, and Florida. State and municipal coffers overflowed, unemployment shrank, and local governments spent their tax revenue windfalls on pay hikes and pension increases for their public employees. But when the boom dried up in those parts of the country, so too did the tax revenues, forcing tax rate hikes and cuts to essential public services—especially education and infrastructure.

In contrast to those doom and gloom head-lines, a much different trend was developing in interior states such as North Dakota, Indiana, and Texas. They survived the housing crisis relatively unscathed, avoiding mass foreclosures and bud-getary chaos. As a result they've had the money to retrain workers and offer tax incentives to companies willing to relocate. Coupled with the recent booms in natural gas and oil extraction and a resurgence in manufacturing, these states are poised to become the new powerhouses of the American economy.

Whitney offers a sobering vision of the next few decades, with the coastal states continuing to struggle while the central corridor contin-ues to thrive. She explores the consequences of roughly half the country stuck in a vicious cycle of decline while the other half enjoys a virtuous circle of growth.

Whitney also offers practical ideas to help the struggling parts of the country—before the fate of the states becomes irreversible.