Adventures on the Alimentary Canal
by Mary Roach

"America's funniest science writer" (Washington Post) takes us down the hatch on an unforgettable tour. The alimentary canal is classic Mary Roach terrain: the questions explored in Gulp are as taboo, in their way, as the cadavers in Stiff and every bit as surreal as the universe of zero gravity explored in Packing for Mars. Why is crunchy food so appealing? Why is it so hard to find words for flavors and smells? Why doesn't the stomach digest itself? How much can you eat before your stomach bursts? Can constipation kill you? Did it kill Elvis? In Gulp we meet scientists who tackle the questions no one else thinks of—or has the courage to ask. We go on location to a pet-food taste-test lab, a fecal transplant, and into a live stomach to observe the fate of a meal. With Roach at our side, we travel the world, meeting murderers and mad scientists, Eskimos and exorcists (who have occasionally administered holy water rectally), rabbis and terrorists—who, it turns out, for practical reasons do not conceal bombs in their digestive tracts.

Journalist and former Salon.com columnist Mary Roach is the author of the New York Times bestseller Stiff, Spook, Bonk, and Packing for Mars. She has written for a number of publications, including Outside, Discover, New Scientist, National Geographic, and the New York Times Magazine. She has earned a number of awards for her work, including the Harvard Secular Society's Rushdie Award, which is their award for outstanding lifetime achievement in cultural humanism. A popular TED speaker, Mary lives in Oakland, California. 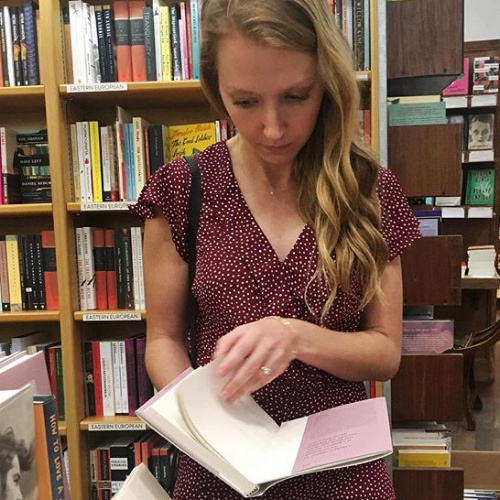 "Roach once again goes boldly into the fields of strange science. In the case of her newest, some may hesitate to follow it's about the human digestive system, and it's as gross as one might expect. . . . Adventurous kids and doctors alike will appreciate this fascinating and sometimes ghastly tour of the gastrointestinal system." ---Publishers Weekly Starred Review Expand reviews