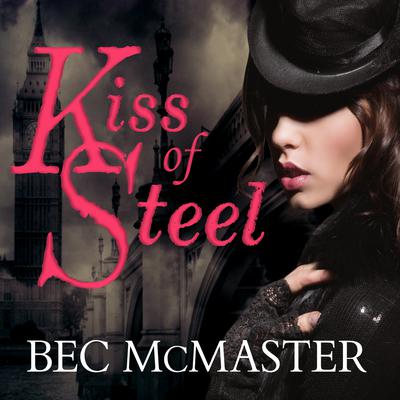 Most people avoid the dreaded Whitechapel district. For Honoria Todd, it's the last safe haven. But at what price?

Blade is known as the master of the rookeries—no one dares cross him. It's been said he faced down the Echelon's army single–handedly, that ever since being infected by the blood–craving he's been quicker, stronger, almost immortal.

When Honoria shows up at his door, his tenuous control comes close to snapping. She's so…innocent. He doesn't see her backbone of steel—or that she could be the very salvation he's been seeking. 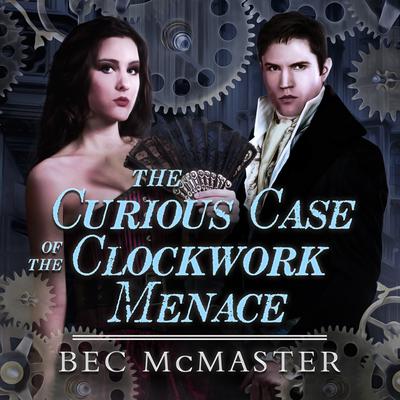 The Curious Case Of The Clockwork Menace
Bec McMaster

The Curious Case Of The Clockwork Menace

In a Victorian London ruled by the blood-drinking elite, Perry Lowell is a logical and accomplished Nighthawk: a rogue blue blood who tracks murderers and thieves for the Guild. So when she and her charming but reckless partner, Garrett, are charged with finding a missing theater starlet, it should be a simple solve.

But with an entire theater... Read more » 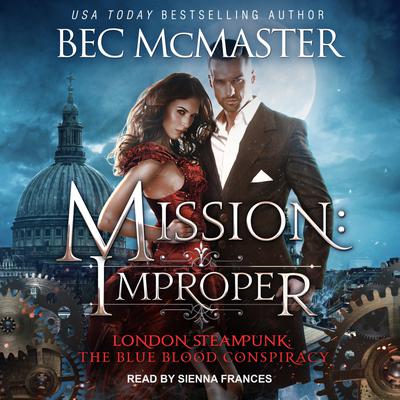 Standing between London and a deadly plot against the throne, are the dangerous spies and femme fatales that form the Company of Rogues . . . that's if they don't kill each other first.

Entire families have gone missing in the East End. When Caleb Byrnes receives an invitation to join the Company of Rogues as an undercover agent pledged to... Read more »

Most people avoid the dreaded Whitechapel district. For Honoria Todd, it's the last safe haven. But at what price?

Blade is known as the master of the rookeries—no one dares cross him. It's been said he faced down the Echelon's army single–handedly, that ever since being infected by the blood–craving he's been quicker, stronger, almost... Read more » 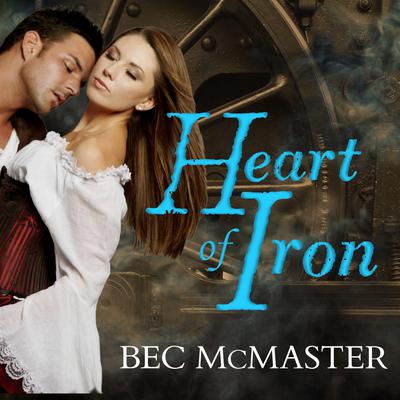 Lena Todd is the perfect spy. Nobody suspects the flirtatious debutante could be a rebel against London's vicious elite—not even the ruthless Will Carver, the one man she can't twist around her little finger.

Will Carver is more than man; he's a verwolfen, and he wants nothing to do with the dangerous beauty who drives him to the very edge of... Read more » 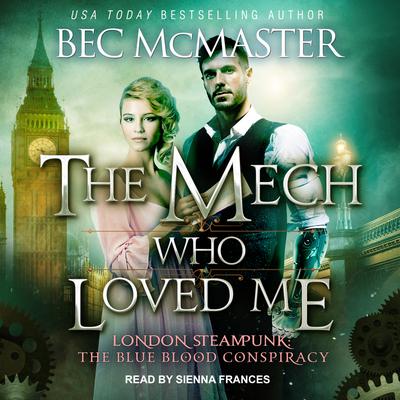 The Mech Who Loved Me
Bec McMaster

The Mech Who Loved Me

Ava McLaren is tired of being both a virgin, and a mere laboratory assistant for the Company of Rogues. When a baffling mystery rears its head, it presents her with the opportunity to work a real case . . . and perhaps get a taste of the passion that eludes her.

Blue bloods are dying from a mysterious disease, which should be impossible. Ava... Read more » 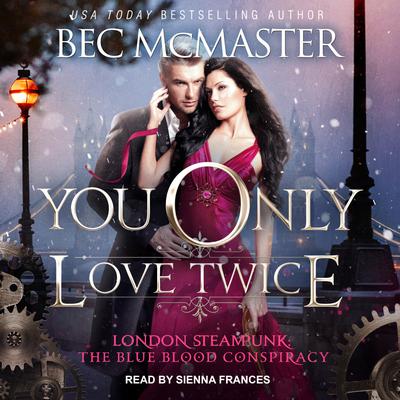 You Only Love Twice
Bec McMaster

You Only Love Twice

First rule of espionage: don't ever fall in love with your target.

Five years ago, Gemma Townsend learned the hard way what happens when you break this rule. She lost everything. Her mentor's trust. The man she loved. And almost her life. Love is a weakness she can never afford again.

When offered a chance at redemption, the seductive spy is... Read more » 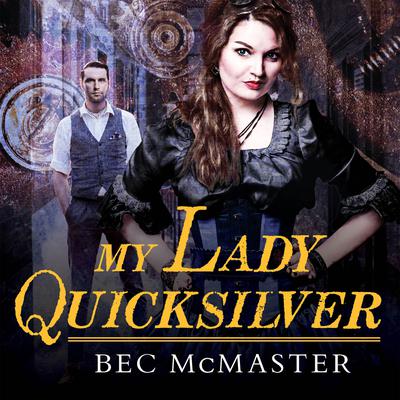 He will find her no matter what. As a blue-blooded captain of the Nighthawk Guard, his senses are keener than most. Some think that he's indestructible. But once he finds the elusive Mercury, what will he do with her?

It's his duty to turn her in; she's a notorious spy and traitor. But after one stolen moment, he can't forget the feel of her in... Read more » 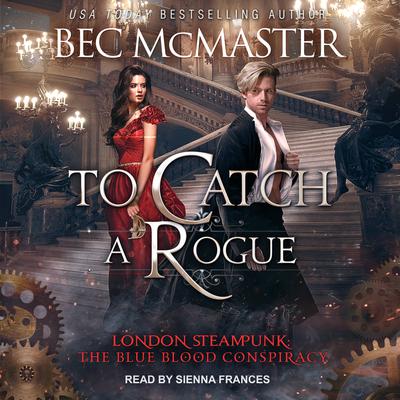 To Catch A Rogue
Bec McMaster

To Catch A Rogue

An impossible heist. A thief and a rogue. But will she steal his heart, instead?

The Company of Rogues finally knows the identity of the mastermind behind a plot against the queen—but their enemy is still one step ahead of them. When he kidnaps one of theirs, the Rogues plan a daring rescue mission that will lead them into the heart of the... Read more » 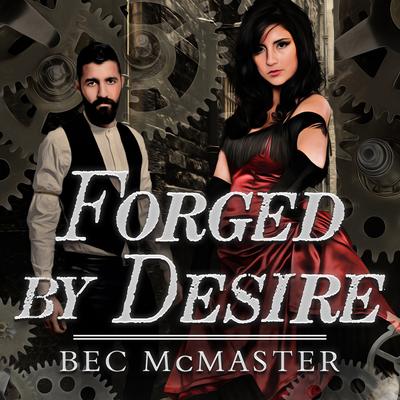 Ten years ago, Perry fled her thrall contract to find sanctuary among the Nighthawks. In that time, she's become a respected woman of the Guard, and she's wanted Garrett Reed for as long as she can remember. But when a new case takes a chillingly familiar turn, Perry finds herself once again in the path of a madman—only this time, there's... Read more » 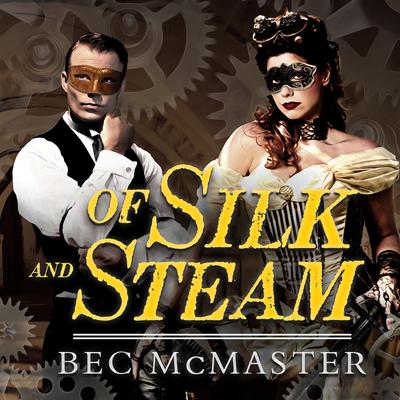 Of Silk and Steam
Bec McMaster

Of Silk and Steam

When her beloved father was assassinated, Lady Aramina swore revenge. The man responsible is well beyond her grasp, but his dangerously seductive heir, Leo Barrons, is fair game. When Mina obtains evidence proving that Leo is illegitimate, she has the means to destroy both the killer and his son, a man who troubles her heart and tempts her... Read more » 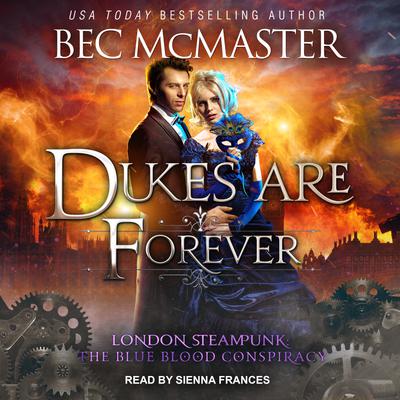 In a steam-fueled world where vampires once ruled the aristocracy, a dangerous conspiracy threatens to topple the queen, and the Duke of Malloryn knows his nemesis has finally returned to enact his plans of revenge.

Malloryn can trust no one, and when incriminating photographs surface—of an enemy agent stealing a kiss from his wife—he is forced... Read more »