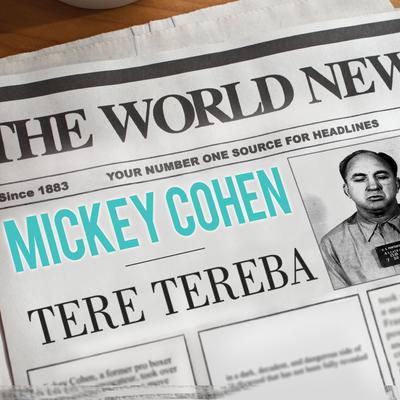 The Life and Crimes of L.A.'s Notorious Mobster

Mickey Cohen: The Life and Times of L.A.'s Notorious Mobster is a seductive, premium-octane blend of true crime and Hollywood lore that spins around a wildly eccentric mob boss. When Bugsy Siegel was executed, ruthless Mickey Cohen, a former pro boxer and cunning provocateur, took over criminal activity in L.A., a move sanctioned by Meyer Lansky and Frank Costello. Attaining immense power and dominance, from the late 1940s until 1976 the semi-literate Angeleno became an above-the-fold newspaper name, accumulating a remarkable count of more than 1,000 front pages in Los Angeles papers alone, and hundreds of articles in national and international periodicals.

Cohen's story and the history of mid-century L.A. are inextricably intertwined, and author Tere Tereba delivers tales full of high life, high drama, and highly placed politicians, among them RFK and Richard Nixon, as well as revelations about countless icons, including Shirley Temple, Lana Turner, Frank Sinatra, and the Reverend Billy Graham. Meticulously researched, this rich tapestry presents a panoramic look at the Los Angeles underworld and immerses the listener in a dark, decadent, and dangerous side of Hollywood that has not been fully revealed until now.