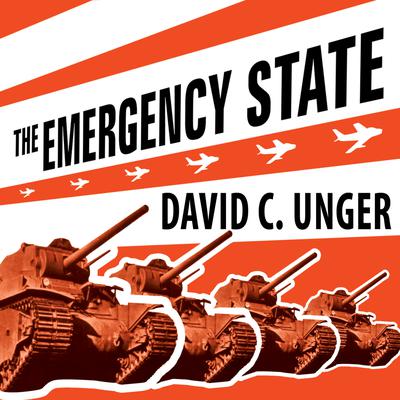 America's Pursuit of Absolute Security at All Costs

In The Emergency State, leading global affairs commentator David C. Unger reveals the hidden costs of America's obsessive pursuit of absolute national security. In the decades since World War II, presidents from both parties have assumed broad war-making powers never intended by the Constitution and intervened abroad to preserve our credibility rather than our security, while trillions of tax dollars have been diverted from essential domestic needs to the Pentagon. Yet ironically, this pursuit has not just damaged our democracy and undermined our economic strength—it has also failed to make us safer.

In a penetrating work of historical analysis, Unger explains how this narrow-minded emphasis on security came to distort our political life and shows how we can change course. As Unger reminds us, in the first 150 years of the American republic, the United States valued limited military intervention abroad and the checks and balances put in place by the founding fathers. Yet American history took a sharp turn during World War II, when we began to build a vast and cumbersome complex of national security institutions, reflexes, and beliefs. Originally designed to wage hot war against Germany and cold war against the Soviet Union, our security bureaucracy is no longer effective at confronting the elusive, non–state-supported threats we now face.

The Emergency State traces a series of missed opportunities—from the so-called Year of Intelligence in 1975 to the end of the cold war to 9/11—when we could have paused to rethink our defense strategy and didn't. We have ultimately failed to dismantle our outdated national security state, Unger argues, because both parties are equally responsible for its expansion. While countless books have exposed the damage wrought by George W. Bush's war on terror, Unger shows it was only the natural culmination of decades of bipartisan emergency state logic—and argues that Obama, along with many previous Democratic presidents, has failed to shift course in any meaningful way.

In this provocative and incisive book, Unger proposes a radically different paradigm that would better address our security needs while also working to reverse the damage done to our democratic institutions and economic vitality.