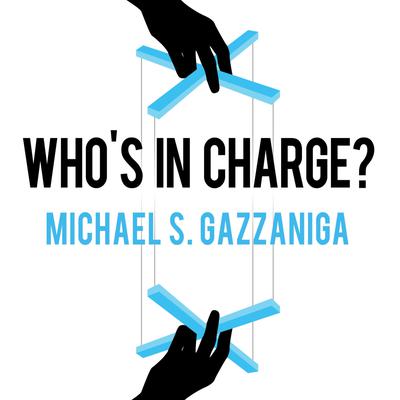 Free Will and the Science of the Brain

A powerful orthodoxy in the study of the brain has taken hold in recent years: Since physical laws govern the physical world and our own brains are part of that world, physical laws therefore govern our behavior and even our conscious selves. Free will is meaningless, goes the mantra; we live in a "determined" world.

Not so, argues the renowned neuroscientist Michael S. Gazzaniga in this thoughtful, provocative book based on his Gifford Lectures—one of the foremost lecture series in the world dealing with religion, science, and philosophy. Who's in Charge? proposes that the mind, which is somehow generated by the physical processes of the brain, "constrains" the brain just as cars are constrained by the traffic they create.

Writing with what Steven Pinker has called "his trademark wit and lack of pretension," Gazzaniga shows how determinism immeasurably weakens our views of human responsibility; it allows a murderer to argue, in effect, "It wasn't me who did it—it was my brain." Gazzaniga convincingly argues that even given the latest insights into the physical mechanisms of the mind, there is an undeniable human reality: We are responsible agents who should be held accountable for our actions, because responsibility is found in how people interact, not in brains. An extraordinary book that ranges across neuroscience, psychology, ethics, and the law with a light touch but profound implications, Who's in Charge? is a lasting contribution from one of the leading thinkers of our time.