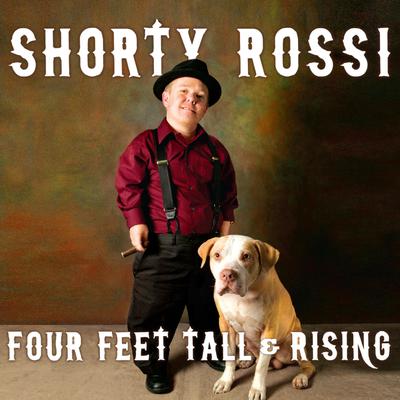 Luigi Francis "Shorty" Rossi, the tough-talking, fedora-wearing star of Animal Planet's hit show Pit Boss, may stand only four feet tall, but that hasn't stopped him from living large, becoming a successful businessman and an outspoken advocate for pit bulls, the most misunderstood dog breed in the world.

A third-generation dwarf, ex-gang member, and ex-con, Shorty knows what it's like to be misunderstood, and in this candid memoir, he shares his personal story for the first time. No one expected Shorty to live, let alone succeed, and yet he has, overcoming challenges from an abusive home to the violent streets and gangs of South Central LA, to the notorious cell blocks of Folsom Prison where he was imprisoned for attempted murder.

After 10 years, 10 months, and 10 days behind bars, Shorty gained his freedom and the chance to put his entrepreneurial and negotiation skills to the test. He cut the ribbon on his own business, Shortywood, with three goals: to turn his life around; act as a talent agent for little people; and establish and fund charities that advocate for, rescue, and place abandoned or abused pit bulls into safe homes. In the process, he became a reality-TV star. Now, with Hercules, his rescued pit bull and newly trained service dog by his side, Shorty continues to save pits from the basements and backyards of breeders and abusers while taking on new and even bigger challenges. And nothing is gonna stand in his way.