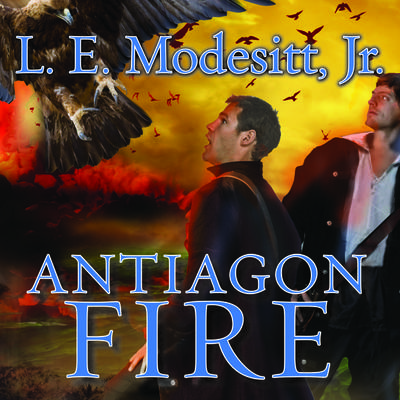 The hard-won battles fought in Imager's Battalion have earned Quaeryt a promotion to commander, as well as an assignment to convince the Pharsi High Council in the nation of Khel to submit to Lord Bhayar's rule, which is key to Bhayar's ambition to unite all of Solidar. Joined by his pregnant wife Vaelora, who is also Bhayar's sister, Quaeryt leads an army and a handful of imagers deeper into the hostile lands once held by the tyrannical Rex Kharst, facing stiff-necked High Holders, attacks by land and sea—including airborne fire launched by hostile imagers from the land of Antiago—and a mysterious order of powerful women who seem to recognize the great destiny that awaits Quareyt and Vaelora, as well as the cost of achieving it. 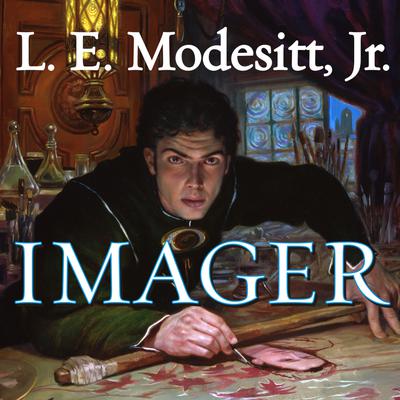 Although Rhennthyl is the son of a leading wool merchant in L'Excelsis, the capital of Solidar, the most powerful nation on Terahnar, he has spent years becoming a journeyman artist and is skilled and diligent enough to be considered for the status of master artisan—in another two years. Then, in a single moment, his entire life is transformed... Read more » 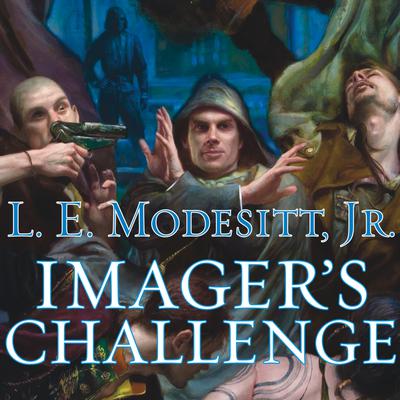 Imager's Challenge takes up immediately after the conclusion of Imager. Still recovering from injuries received in foiling the plots of the Ferran envoy, Rhenn is preparing to take up his new duties as imager liaison to the Civic Patrol of L'Excelsis. No sooner has he assumed his new position than he discovers two things. First, the commander of... Read more » 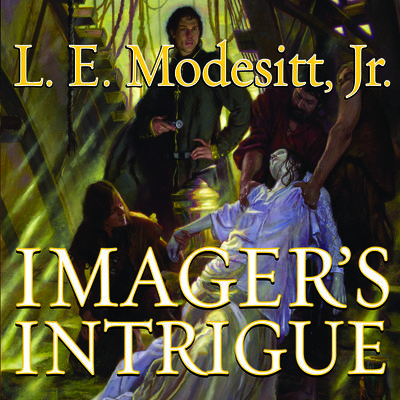 In Imager, the first book of the Imager Portfolio, we met Rhennthyl, an apprentice portrait artist whose life was changed by a disastrous fire. But the blaze that took his master's life and destroyed his livelihood revealed a secret power previously dormant in Rhenn: the power of imaging—the ability to shape matter using thought. With some... Read more » 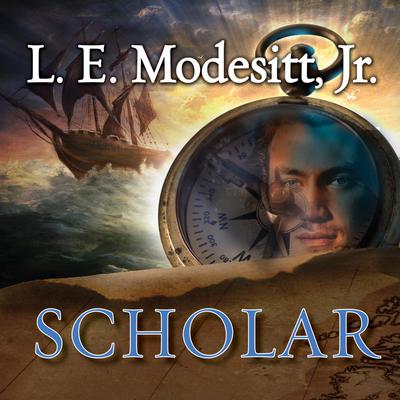 Hundreds of years before the time of Imager, the continent of Lydar is fragmented. Years of war have consolidated five nations into three—Bovaria, Telaryn, and Antiago. Quaeryt is a scholar and friend of Bhayar, the young ruler of Telaryn. Worried about his future and the escalating intrigues in Solis, the capital city, Quaeryt persuades Bhayar... Read more » 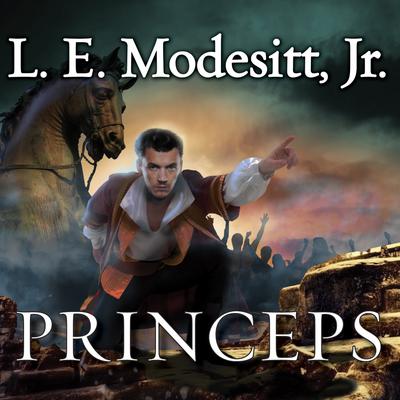 The thrilling follow-up to Scholar—in which, after discovering a coup attempt and preventing a bloody civil war, Quaeryt was appointed princeps of Tilbor—begins a new episode in the young Imager's life. Now second only to the governor, and still hiding his powers as an Imager, Quaeryt is enjoying his new position, as well as his marriage to... Read more » 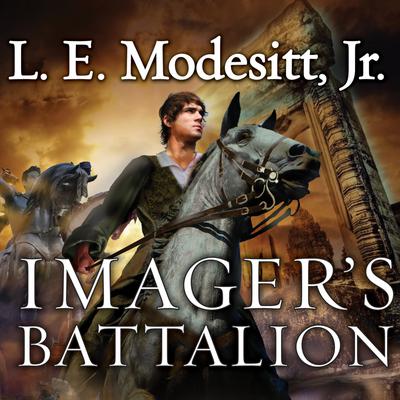 The sequel to the New York Times bestselling Princeps follows magical hero Quaeryt as he leads history's first Imager fighting force into war. Given the rank of subcommander by his wife's brother, Lord Bhayar, the ruler of Telaryn, Quaeryt joins an invading army into the hostile land of Bovaria, in retaliation for Bovaria's attempted annexation... Read more »

The hard-won battles fought in Imager's Battalion have earned Quaeryt a promotion to commander, as well as an assignment to convince the Pharsi High Council in the nation of Khel to submit to Lord Bhayar's rule, which is key to Bhayar's ambition to unite all of Solidar. Joined by his pregnant wife Vaelora, who is also Bhayar's sister, Quaeryt... Read more » 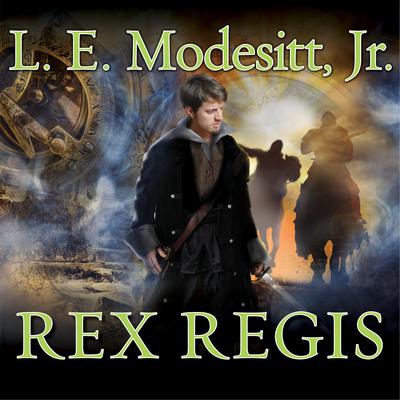 The saga of the Imager Quaeryt, commander in the forces of Lord Bhayar, reaches a new climax as the great struggle to unify the continent of Lydar enters its final phase. Only the land of Khel remains uncommitted to Bhayar's rule. Their decision could mean a lasting peace, or more conflict across an already war-ravaged realm. 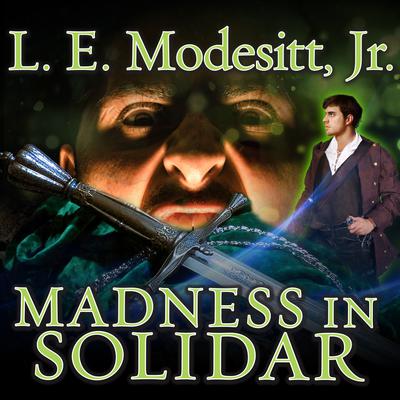 Four centuries after its founding, Solidar's Collegium of Imagers is in decline, the exploits of its founder, the legendary Quaeryt, largely forgotten. The Collegium is so lacking in leadership that the dying Maitre must summon Alastar, an obscure but talented senior imager who has little knowledge of politics in the capital, as his successor. 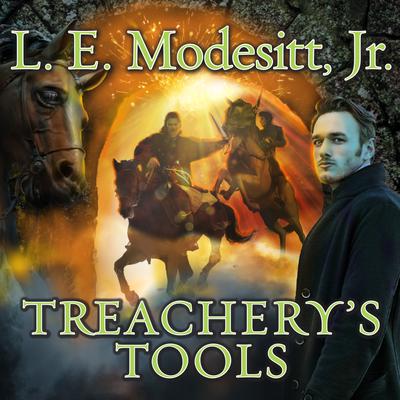 Alastar has settled into his role as the Maitre of the Collegium. Now married with a daughter, he would like nothing better than to focus his efforts on improving Imager Isle and making it more self-sufficient. However, the rise in fortune of the merchant classes in Solidar over the years does not sit well with the High Holders, who see the... Read more » 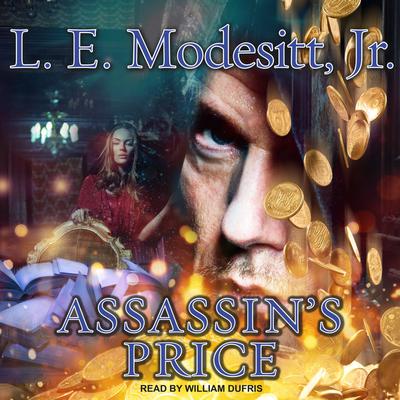 Six years have passed since the failed uprising of the High Holders, and the man behind the conspiracy is where the rex and Maitre Alastar can keep an eye on him.

Charyn has come of age and desperately wants to learn more so that he can become an effective rex after his father—but he's kept at a distance by the rex. So Charyn sets out to... Read more » 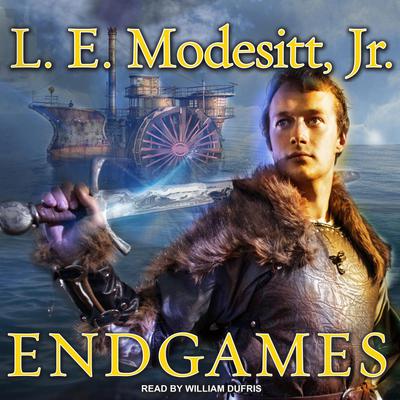 Endgames is the twelfth novel in L. E. Modesitt, Jr's New York Times bestselling epic fantasy series the Imager Portfolio, and the third book in the story arc that began with Treachery's Tools and Assassin's Price.

Solidar is in chaos.

Charyn, the young and untested ruler of Solidar, has survived assassination, and he struggles to gain control... Read more »