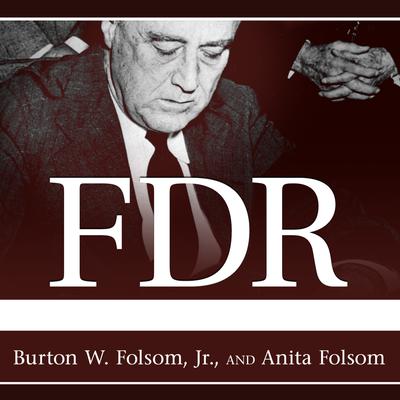 Burton Folsom's New Deal or Raw Deal? was heralded by critics across the board, and #1 New York Times bestselling author and media personality Glenn Beck called it "a must read to help understand our current fiscal problems." Now, writing with his wife Anita Folsom, a domestic policy specialist, FDR Goes to War expands on the premise that FDR's legacy has damaged America and helped lay the groundwork for the current economic crisis.

The Folsoms continue to expose the idyllic legend of Franklin D. Roosevelt as a myth of epic proportions. Many government programs that are widely used today have their seeds in the New Deal. Farm subsidies, minimum wage, and welfare, among others, all stifle economic growth—encouraging decreased productivity and exacerbating unemployment—and public ignorance of some of these policy failures has lent support for similar policies in later years. Informative, groundbreaking, and illuminating, FDR Goes to War is a must-listen for anyone who considers limiting government control and spending as the way to fix the economy.