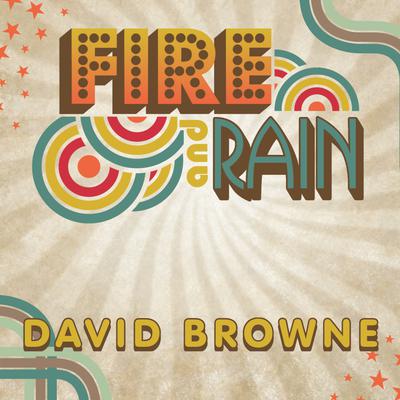 The Beatles, Simon and Garfunkel, James Taylor, CSNY and the Lost - Story of 1970

January 1970: the Beatles assemble one more time to put the finishing touches on Let It Be; Crosby, Stills, Nash & Young are wrapping up Déjà Vu; Simon and Garfunkel are unveiling Bridge Over Troubled Water; James Taylor is an upstart singer-songwriter who's just completed Sweet Baby James. Over the course of the next twelve months, their lives—and the world around them—will change irrevocably.

Fire and Rain tells the story of four iconic albums of 1970 and the lives, times, and constantly intertwining personal ties of the remarkable artists who made them. Acclaimed journalist David Browne sets these stories against an increasingly chaotic backdrop of events that sent the world spinning throughout that tumultuous year: Kent State, the Apollo 13 debacle, ongoing bombings by radical left-wing groups, the diffusion of the antiwar movement, and much more.

Featuring candid interviews with more than one hundred luminaries, including some of the artists themselves, Browne's vivid narrative tells the incredible story of how—over the course of twelve turbulent months—the '60s effectively ended and the '70s began.