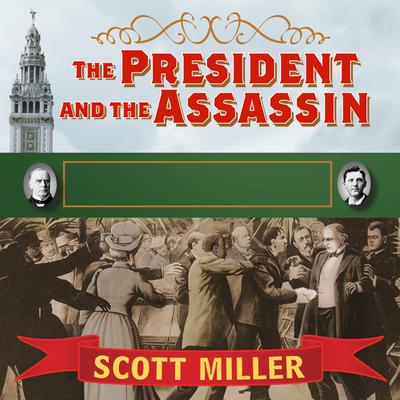 The President and the Assassin

McKinley, Terror, and Empire at the Dawn of the American Century

In 1901, as America tallied its gains from a period of unprecedented imperial expansion, an assassin's bullet shattered the nation's confidence. The shocking murder of President William McKinley threw into stark relief the emerging new world order of what would come to be known as the American Century. The President and the Assassin is the story of the momentous years leading up to that event, and of the very different paths that brought together two of the most compelling figures of the era: President William McKinley and Leon Czolgosz, the anarchist who murdered him. The two men seemed to live in eerily parallel Americas. McKinley was to his contemporaries an enigma, a president whose conflicted feelings about imperialism reflected the country's own. Under its popular Republican commander-in-chief, the United States was undergoing an uneasy transition from a simple agrarian society to an industrial powerhouse spreading its influence overseas by force of arms. Czolgosz was on the losing end of the economic changes taking place—a first-generation Polish immigrant and factory worker sickened by a government that seemed focused solely on making the rich richer. With a deft narrative hand, journalist Scott Miller chronicles how these two men, each pursuing what he considered the right and honorable path, collided in violence at the 1901 Pan-American Exposition in Buffalo, New York. Along the way, listeners meet a veritable who's who of turn-of-the-century America: John Hay, McKinley's visionary secretary of state, whose diplomatic efforts paved the way for a half century of Western exploitation of China; Emma Goldman, the radical anarchist whose incendiary rhetoric inspired Czolgosz to dare the unthinkable; and Theodore Roosevelt, the vainglorious vice president whose 1898 charge up San Juan Hill in Cuba is but one of many thrilling military adventures recounted here.

Rich with relevance to our own era, The President and the Assassin holds a mirror up to a fascinating period of upheaval when the titans of industry grew fat, speculators sought fortune abroad, and desperate souls turned to terrorism in a vain attempt to thwart the juggernaut of change.