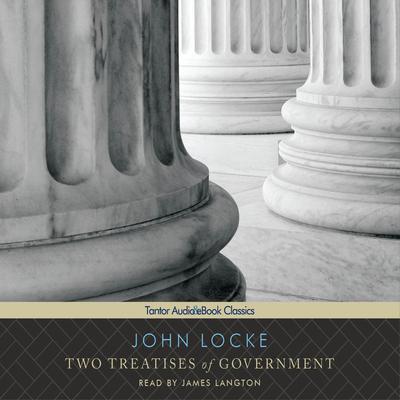 Often considered the foundation of political liberalism, John Locke's Two Treatises of Government was first published anonymously in 1689, in the wake of England's Glorious Revolution. In The First Treatise of Government, Locke refutes the idea of divine monarchy, while The Second Treatise of Government articulates Locke's philosophy of government, which he based upon his theories of natural rights and the social contract. In Locke's view, governments' legitimacy is based upon their performance of their proper functions—preservation of the life, liberty, and property rights of their citizens, and protection from those who seek to violate these rights.

A radical doctrine at the time of its publication, Locke's theories provided a philosophical basis for many of the principles behind the American Revolution. More than 300 years after the publication of the Two Treatises of Government, Locke's ideas continue to spark debate. A must-listen for anyone interested in the foundations of contemporary political ideology, Locke's hugely influential work will retain its relevance for generations to come.