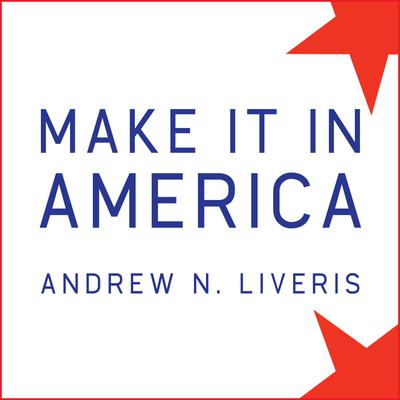 Make It in America

The Case for Re-Inventing the Economy

We used to make things in this country. We were the dazzling innovators, the undisputed world economic leaders, and with our manufacturing engine driving the process, we built a solid, high-achieving middle class and a thriving economy. Now, thanks to policies that are either indifferent—or downright hostile—to manufacturing, we're at the brink of losing it all. If you think this won't affect you, guess again. In Make It in America: The Case for Re-Inventing the Economy, author Andrew N. Liveris presents a powerful case for the critical importance of domestic manufacturing to the long-term health of the entire U.S. economy and issues a candid wake-up call to America to reinvent its manufacturing base before it's too late. If anyone has street cred on this subject, it's Liveris. Currently chairman and CEO of the Dow Chemical Company, one of the world's largest manufacturers and of the most global corporations, he's been on the global manufacturing stage for over thirty years. In this thought-provoking book, Liveris challenges conventional wisdom and, using vivid examples from around the globe, makes clear:

—Manufacturing matters—more than ever before. Not all sectors are created equal. Manufacturing can create jobs and wealth to a degree that the service sector can't match.

—The Rust Belt, it turns out, isn't so rusty. Twenty-first-century manufacturing means solar cells for your home, batteries for your hybrid car, the touch screen on your smart phone, and the e-ink in your Kindle.

—Government's got to get engaged. Liveris argues it's a false choice to claim that you must be either pro-business or pro-government. Globalization has changed the equation, and governments all over the world are working in partnership with—and taking action on behalf of—their leading industries. Why isn't America?

Liveris sees where America is losing ground—from innovation to job creation—and explains how we can take back our future. Make It in America is a must-listen for anyone who believes that America's greatest, most productive, most prosperous days are not behind us. Our best days lie ahead of us if we take proactive measures now. They're still within reach.