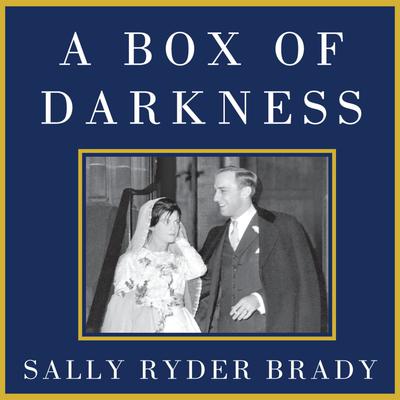 A Box of Darkness

The Story of a Marriage

Upton and Sally Brady were a rare breed: cultivated and elegant, they lived a life of literary glamour and high expectations. Sally a debutante, Upton a classics major from Harvard, they met at the Boston Cotillion. He was articulate, witty, and worldly, and he danced like Fred Astaire. How could she resist? Despite raising four children on Upton's modest wage as editor in chief of the Atlantic Monthly Press, theirs was a world of champagne, sailboats, private islands, famous writers, family rituals, and ice-cold martinis. They lived life on their terms. But as time wore on, Upton, the charming and brilliant husband, the inventive, beguiling partner, grew opinionated, cranky, controlling, and dangerous. When Upton died suddenly one evening in their Vermont cottage, Sally began uncovering secrets. As she went through his papers, she discovered that her husband of forty-six years had desired the love of other men. Her riveting, charismatic husband was not quite the man he appeared to be, and a year of mourning became for Sally a time to unravel the dark and unexpected web he had left behind. Hers is a moving and powerful story of coming to terms with what cannot be changed. It is also a story of great love.