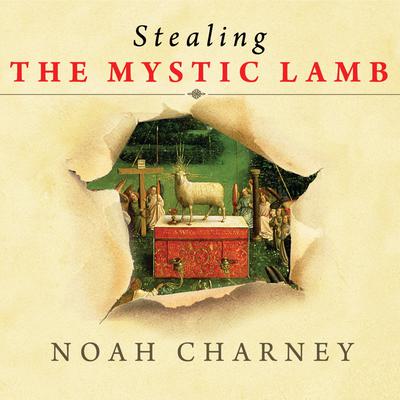 The True Story of the World's Most Coveted Masterpiece

Jan van Eyck's Ghent Altarpiece is on any art historian's list of the ten most important paintings ever made. Often referred to by the subject of its central panel, the Adoration of the Mystic Lamb, it represents the fulcrum between the Middle Ages and the Renaissance. It is also the most frequently stolen artwork of all time. Since its completion in 1432, this twelve-panel oil painting has been looted in three different wars, burned, dismembered, forged, smuggled, illegally sold, censored, hidden, attacked by iconoclasts, hunted by the Nazis and Napoleon, used as a diplomatic tool, ransomed, rescued by Austrian double-agents, and stolen a total of thirteen times. In this fast-paced, real-life thriller, art historian Noah Charney unravels the stories of each of these thefts. In the process, he illuminates the whole fascinating history of art crime and the psychological, ideological, religious, political, and social motivations that have led many men to covet this one masterpiece above all others.