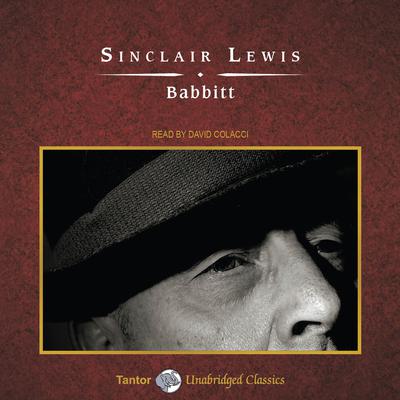 In this sardonic portrait of the up-and-coming middle class during the prosperous 1920s, Sinclair Lewis perfectly captures the sound, the feel, and the attitudes of the generation that created the cult of consumerism. With a sharp eye for detail and keen powers of observation, Lewis tracks successful realtor George Babbitt's daily struggles to rise to the top of his profession while maintaining his reputation as an upstanding family man.

On the surface, Babbitt appears to be the quintessential middle-class embodiment of conservative values and enthusiasm for the well-to-do lifestyle of the small entrepreneur. But beneath the complacent façade, he also experiences a rising, nameless discontent. These feelings eventually lead Babbitt into risky escapades that threaten his family and his standing in the community.