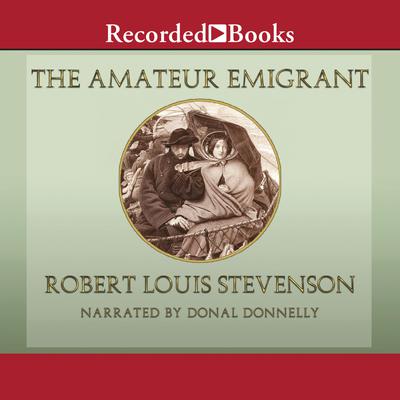 This is the sparkling record of the haphazard six-thousand-mile odyssey that twenty-five-year-old Stevenson made in pursuit of his future wife, Fanny. The two had met and fallen in love during a trip to France, but when Fanny's first husband called her home to California, Stevenson soon followed from Scotland. The sickly Stevenson first made a turbulent Atlantic crossing, like so many nineteenth-century immigrants, as a steerage passenger in a steamer of dubious seaworthiness. After a frenetic stopover in New York City, he embarked on a two-week, three-thousand-mile trip across the continent-the fastest and cheapest way then possible-by emigrant train. Finally arriving in the frontier town of San Francisco to win Fanny over, he was quickly captivated by California. Stevenson's often hilarious impressions of the young country, its rambunctious and colorful inhabitants, and the still-untamed continent are among his most vivid writings