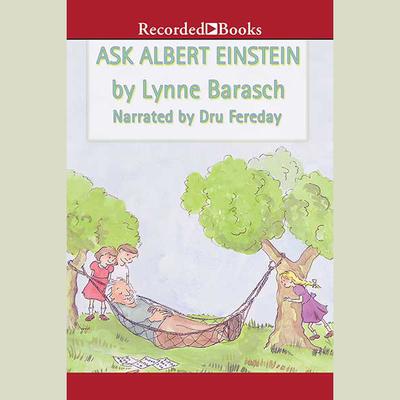 In 1952, April is seven years old and adores her big sister Annabel. But Annabel is failing her math class and desperately needs help with a tough math problem. April decides to write to Albert Einstein asking him to give a hand. While she waits for his reply, April imagines everything he might be doing instead of working on math. Could he be riding his bike? Or working in his garden? Maybe he's playing his violin. But finally, Einstein sends the girls a clue to solving the puzzle. Lynne Barasch is the acclaimed authorllustrator of several picture books. Ask Albert Einstein is based on an actual letter the famous scientist received from a young student and his unusual response. This delightful story conveys a teenager's fear of possible failure and the compassion of a younger sibling who ultimately saves the day.