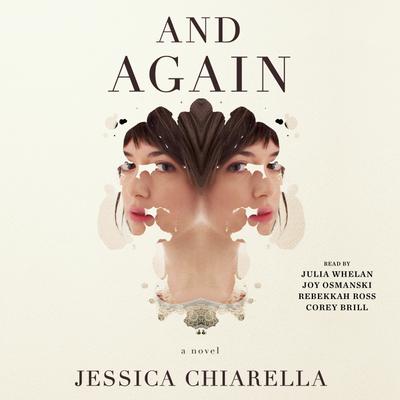 “This intriguing novel explores the age-old body/soul relationship from a fresh angle by introducing us to four participants in a pilot program that gives terminally ill patients new, genetically perfect bodies. Will these four -- a beautiful actress, a womanizing congressman, a talented artist, and a beloved mother -- simply resume their lives as they were before disease or accident struck? Or will they make new starts, make different choices? Can their new bodies incorporate what they have learned in the past? A fascinating literary debut.”

What would you do if you had a second chance at life?

Hannah, David, Connie, and Linda have been given the second chance of a lifetime—genetically perfect bodies as part of a medically advanced pilot program seeking FDA approval. Their new bodies are exact replicas of their old selves—without the deadly illnesses they suffered from. Even better, their imperfections have been erased. Blemishes, scars, and wrinkles have all disappeared, their bodies are pristine, their vision is impeccable.

Yet the fresh start they’ve been given is anything but perfect. Without their old bodies, their new physical identities have no memories. Hannah, an artistic prodigy, has to relearn how to hold a brush; David, a Congressman, grapples with his old habits; Connie, an actress whose stunning looks are restored after a protracted illness, tries to navigate an industry obsessed with physical beauty; and Linda, who spent eight years paralyzed after a car accident, now struggles to reconnect with a family that seems to have built a new life without her.

As each tries to re-enter their previous lives and relationships, they are faced with the question: how much of who you are rests not just in your mind, but in your heart and your body? In the spirit of Never Let Me Go and The Age of Miracles, And Again is an exciting debut about identity, second chances, and the courage to start life afresh.