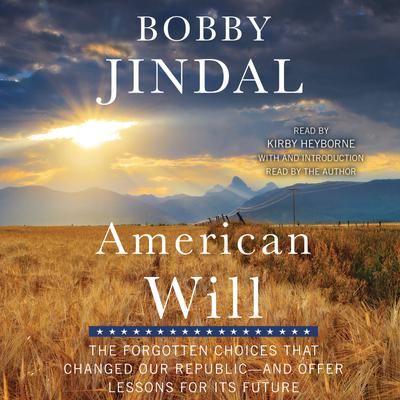 The Forgotten Choices That Changed Our Republic

Governor Bobby Jindal of Louisiana, a much-talked-about 2016 presidential candidate, offers fourteen lessons from our nation’s past and discusses how they can be used to restore American courage, faith, and wisdom.

Nearly forty-five years ago, Bobby Jindal’s parents left their home in rural India—a place with no electricity or running water—to build a new life in the United States. Every day, Jindal’s father told him, “You should be grateful that you were blessed to be born in the greatest country in the history of the world”—a country where the son of poor immigrants could grow up to become the governor of Louisiana.

For Jindal, this defining experience bolsters a profound belief in American exceptionalism: Freedom is not just the American way, it’s the American will.

As we approach the next great turning point in this extraordinary nation’s remarkable history, Jindal brings to life inspiring stories from our country’s past that have influenced his beliefs and the indispensable lessons each can teach us about our future. Stories such as the stalwart senator who galvanized the public against Hillary Clinton’s costly and oppressive socialist health-care proposal in the early 1990s; the entrepreneur whose dogged determination ushered in a worldwide energy revolution, and with it technological innovation and economic growth; and the Founding Father who refused to “lead from behind” and instead used his vision for the nascent nation’s vast potential and the best interests of its people to outwit a greedy dictator.

In the next election, we can continue down the current destructive path of big government, emboldened enemies, diminished liberties, and hostility to religious faith. Or we can embrace the values that have always propelled America to the top: limited government; free people and free markets; strength and exceptionalism; and the essential role of religious faith in effecting change. American power is precious, and our vital interests and those of our allies depend on strong leadership. Whom will we choose: a cynic or a statesman, a politician or a problem solver?

The dramatic tales in American Will illuminate the courage, faith, and vision that we need in 2016—and the government folly, corruption, and myopia that jeopardize our future.