The Last Hours
by Cassandra Clare

“A pure distillation of fantasy’s enchanting mirror held up to our own truths.” —Entertainment Weekly
“Richly imagined…rife with action, intrigue, and smoldering romance.” —Publishers Weekly

From #1 New York Times and USA TODAY bestselling author Cassandra Clare comes the first novel in a brand-new trilogy where evil hides in plain sight and love cuts deeper than any blade. Chain of Gold is a Shadowhunters novel.

Cordelia Carstairs is a Shadowhunter, a warrior trained since childhood to battle demons. When her father is accused of a terrible crime, she and her brother travel to London in hopes of preventing the family’s ruin. Cordelia’s mother wants to marry her off, but Cordelia is determined to be a hero rather than a bride. Soon Cordelia encounters childhood friends James and Lucie Herondale and is drawn into their world of glittering ballrooms, secret assignations, and supernatural salons, where vampires and warlocks mingle with mermaids and magicians. All the while, she must hide her secret love for James, who is sworn to marry someone else.

But Cordelia’s new life is blown apart when a shocking series of demon attacks devastate London. These monsters are nothing like those Shadowhunters have fought before—these demons walk in daylight, strike down the unwary with incurable poison, and seem impossible to kill. London is immediately quarantined. Trapped in the city, Cordelia and her friends discover that their own connection to a dark legacy has gifted them with incredible powers—and forced a brutal choice that will reveal the true cruel price of being a hero.

Cassandra Clare is the author of the #1 New York Times, USA TODAY, Wall Street Journal, and Publishers Weekly bestselling Shadowhunter Chronicles. She is also the coauthor of the bestselling fantasy series Magisterium with Holly Black. The Shadowhunter Chronicles have been adapted as both a major motion picture and a television series. Her books have more than fifty million copies in print worldwide and have been translated into more than thirty-five languages. Cassandra lives in western Massachusetts with her husband and three fearsome cats. Visit her at CassandraClare.com. Learn more about the world of the Shadowhunters at Shadowhunters.com.

"YA fantasy lovers will not be able to multitask when listening to narrator Finty Williams's portrayal of Shadowhunter Cordelia Carstairs. Fans of the author will be nostalgic and enlivened by this new generation of Shadowhunters, which remixes everything we love about Clare's original Shadowhunter Chronicles with an additional vibrant cast of characters to fall in love with. Williams's portrait of Cordelia's spunky and empowered personality adds life to the story, shepherding listeners into a world of vampires, warlocks, and magical elements sure to delight and entice. With its romance, dark legacy, and false accusations, this story will keep listeners riveted and eager for more." Expand reviews 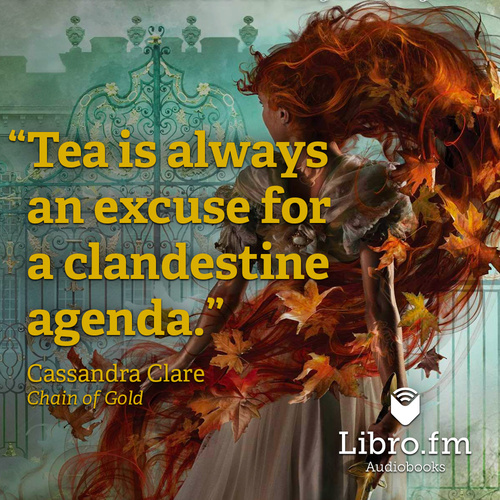 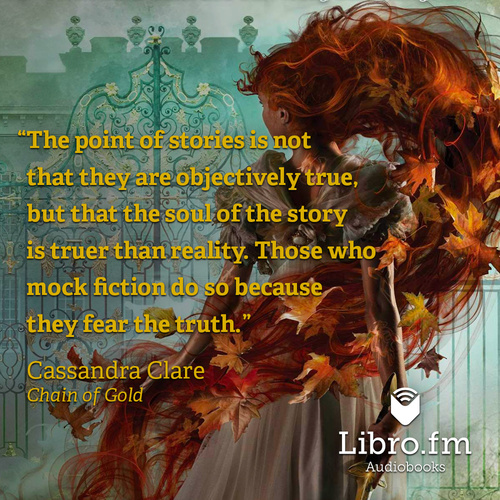