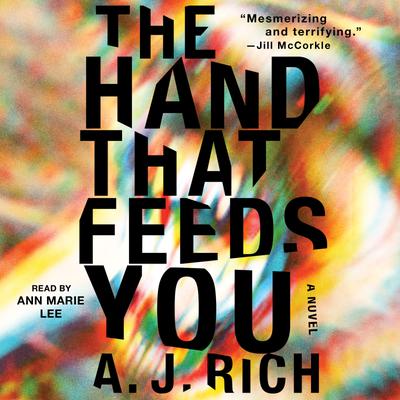 The Hand That Feeds You

“An unnerving, elegant page-turner” (Vanity Fair) of psychological suspense about a woman in an intense sexual relationship with a man who turns out to be a predator—by celebrated writers Amy Hempel and Jill Ciment writing as A.J. Rich.

Morgan, thirty, is completing her thesis on victim psychology and newly engaged to Bennett, a man more possessive than those she has dated in the past, but also more chivalrous—and the sex is hot. She returns from class one day to find Bennett brutally mauled to death, and her beloved dogs covered in blood.

When Morgan tries to locate Bennett’s parents to tell them about their son’s hideous death, she discovers that everything he has told her—where he was born, where he lives in Montreal, where he works—was a lie. He is not the man he said he was, and he had several fiancées, all believing the same promises he gave Morgan. And then, one by one, these other women are murdered. Morgan’s research into Bennett has taken on new urgency: in order to stay alive, she must find out how an intelligent woman like herself, who studies predators, becomes a victim.

For readers of Girl on a Train and Luckiest Girl Alive, this “twisty, unsettling thriller” (The New York Times) is an “irresistible” (Vogue) collaboration between two outstanding writers. “The Hand That Feeds You goes from zero to terrifying in about five pages…Once this thriller gets its teeth into you, it doesn’t let go” (The Tampa Bay Times).