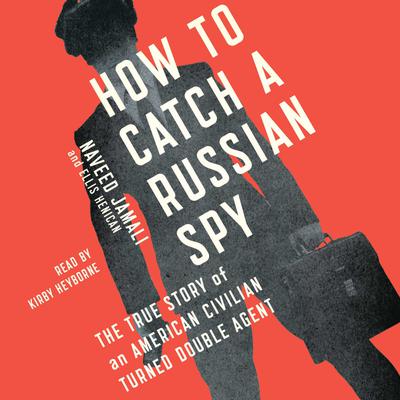 How to Catch a Russian Spy

With an epilogue on recent Russian spying, a “page-turner of a memoir” (Publishers Weekly) about an American civilian with a dream, who worked as a double agent with the FBI in the early 2000s to bring down a Russian intelligence agent in New York City.

For three nerve-wracking years, from 2005 to 2008, Naveed Jamali spied on America for the Russians, trading thumb drives of sensitive technical data for envelopes of cash, selling out his beloved country across noisy restaurant tables and in quiet parking lots. Or so the Russians believed. In fact, Jamali was a covert double agent working with the FBI. The Cold War wasn’t really over. It had just gone high-tech.

“A classic case of American counterespionage from the inside…a never-ending game of cat and mouse” (The Wall Street Journal), How to Catch a Russian Spy is the story of how one young man’s post-college-adventure became a real-life intelligence coup. Incredibly, Jamali had no previous counterespionage experience. Everything he knew about undercover work he’d picked up from TV cop shows and movies, yet he convinced the FBI and the Russians they could trust him. With charm, cunning, and bold naiveté, he matched wits with a veteran Russian military-intelligence officer, out-maneuvering him and his superiors. Along the way, Jamali and his FBI handlers exposed espionage activities at the Russian Mission to the United Nations.

Jamali now reveals the full riveting story behind his double-agent adventure—from coded signals on Craigslist to clandestine meetings at Hooter’s to veiled explanations to his worried family. He also brings the story up to date with an epilogue showing how the very same playbook the Russians used on him was used with spectacularly more success around the 2016 election. Cinematic, news-breaking, and “an entertaining and breezy read” (The Washington Post), How to Catch a Russian Spy is an armchair spy fantasy brought to life.