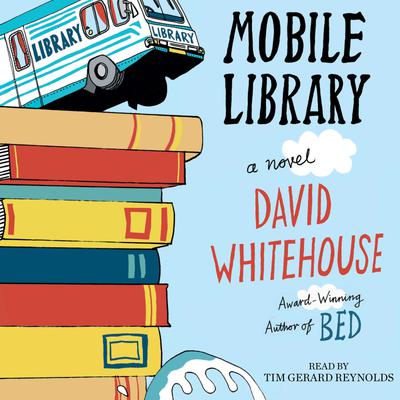 From the award-winning novelist David Whitehouse, hailed by The New York Times as “a writer to watch,” a tragicomic adventure about a troubled adolescent boy who escapes his small town in a stolen library-on-wheels.

“An archivist of his mother,” Bobby Nusku spends his nights meticulously cataloging her hair, clothing, and other traces of the life she left behind. By day, Bobby and his best friend Sunny hatch a plan to transform Sunny, limb-by-limb, into a cyborg who could keep Bobby safe from schoolyard torment and from Bobby’s abusive father and his bleach-blonde girlfriend. When Sunny is injured in a freak accident, Bobby is forced to face the world alone.

Out in the neighborhood, Bobby encounters Rosa, a peculiar girl whose disability invites the scorn of bullies. When Bobby takes Rosa home, he meets her mother, Val, a lonely divorcee, whose job is cleaning a mobile library. Bobby and Val come to fill the emotional void in each other’s lives, but their bond also draws unwanted attention. After Val loses her job and Bobby is beaten by his father, they abscond in the sixteen-wheel bookmobile. On the road they are joined by Joe, a mysterious but kindhearted ex-soldier. This “puzzle of people” will travel across England, a picaresque adventure that comes to rival those in the classic books that fill their library-on-wheels.

At once tender, provocative and darkly funny, Mobile Library is a fable about the intrinsic human desire to be loved and understood—and about one boy’s realization that the kinds of adventures found in books can happen in real life. It is the ingenious second novel by a writer whose prose has been hailed as “outlandishly clever” (The New York Times) and “deceptively effortless” (The Boston Globe).