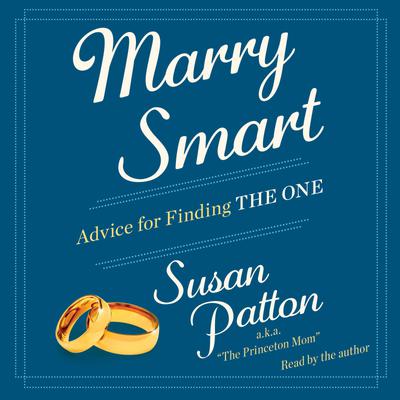 Advice for Finding THE ONE

Previously published as Marry Smart and now updated with a new foreword responding to the controversy that followed its initial release, this is the unvarnished truth about marriage, motherhood, and happiness from the “Princeton Mom.” Says James Taranto of The Wall Street Journal, “Every smart young woman should seriously consider Susan Patton’s commonsense advice. Sure, it’s controversial—but only because it’s so vital.”

A graduate of one of the first classes of women at Princeton University, Susan Patton has heard smart young women admit they aspire to marriage and motherhood but have no model for pursuing those goals. Reflecting on the choices she made in her early twenties, she’s boldly turned the tables on our “career first” conditioning and suggests that you seek out the golden opportunities right in front of you, right now.

In Marry By Choice, Not By Chance, Patton shares the wisdom of her experience with warmth, humor, and very straight talk. But this is not your mother’s dating guide—Marry By Choice, Not By Chance celebrates the vital achievements of traditional marriage and motherhood, and gives you the essential life strategies that no one’s talking about, including how to strike while the greatest number of single young men is available to you; attract a man who is your intellectual and emotional equal; date to find a mate; and find total satisfaction in your roles as a wife and mother.

Whether or not you are in college, whether your future plans are clear or still undecided, Marry By Choice, Not By Chance is a must-read for all young women who want to get the most out of love and life.