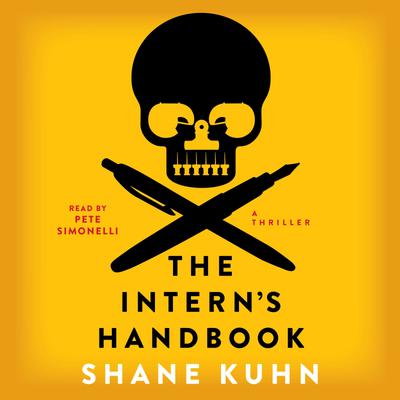 “Imagine Dexter working in The Office” (Milwaukee Journal-Sentinel) and you have John Lago, intern at one of the biggest law firms in Manhattan. He clocks eighty hours a week getting coffee, answering phones, and doing all of the grunt work no one else wants to do…and he doesn’t make a dime. But John isn’t trying to claw his way to the top of the corporate food chain. He was hired to assassinate one of the firm’s high profile, heavily guarded partners. His internship is the perfect cover—he can gather intel and secure the access he needs to execute a clean, untraceable kill. “Faceless and forgettable, an intern’s as invisible as a ninja in fluorescent lights—and, at least in John Lago’s case, just as deadly” (NPR.org).

The Intern’s Handbook begins as an unofficial survival guide for new recruits at Human Resources, Inc.—a front for one of the most elite assassin training and “placement” programs in the world—and becomes a chronicle of John’s final assignment, a twisted, violent thrill ride in which he is pitted against the strongest (and sexiest) adversary he has ever faced: Alice, a federal agent assigned to investigate the same law firm partner John’s been hired to kill.