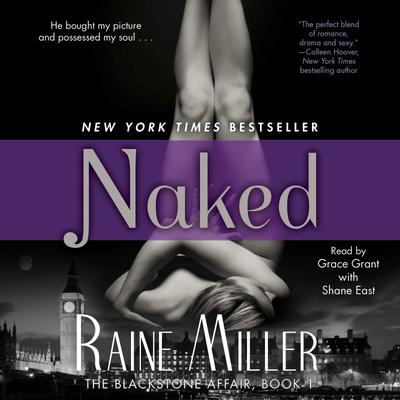 The first book in the bestselling Blackstone Affair series

Brynne Bennett has left scandal in her past and is living the good life. An American grad student at the University of London and part-time photographic model, she’s getting back on track with lots of hard work and focus on a career in art conservation. When London businessman Ethan Blackstone buys her nude portrait, he wants to possess more than just her image. He wants Brynne in his bed, serving him in every way possible. He has no trouble voicing his desires, and he isn’t taking no for an answer.

At first his dominant nature captivates her, but it isn’t clear if the force of his powerful desire will ultimately awaken or dispel the demons Brynne is carrying inside. There are secrets on both sides of this relationship—huge ones. Can Ethan erase the scars of Brynne’s past so that she can reveal her true self to him? Or will the shadows cast by Ethan’s own mysterious former life destroy their chance at happiness?

Naked is the sizzling, unforgettable story of what happens when a strong woman meets the one man powerful enough to strip away all her defenses, leaving her standing naked and perfect before him.