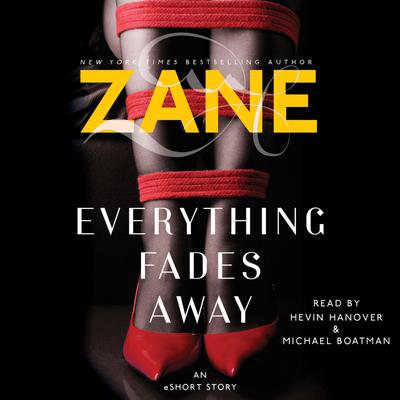 From the New York Times bestselling Queen of Erotica about what explodes when a man and woman—both suffering marital problems with their respective partners—coincidentally find themselves involved in a steamy love affair with each other despite the peril that looms at home.

Amanda is bored with life. She spends hours a day on Facebook, her parents act like they are too ancient to enjoy life any longer, and her military husband, Ralph, is deployed to Afghanistan. Gideon is not totally content at home either. His wife, Nina, is a lifetime overachiever and a workaholic. She has moved her mother into their home so she can have a live-in sitter, and Gideon has fallen to the bottom of her priority list.

On Black Friday 2012, both Amanda and Gideon end up at a Best Buy to take advantage of the massive price cuts. When the store opens its door at midnight, the potential customers rush the glass doors and end up in a brawl. Built-up excitement turns into mass pandemonium as the police show up in riot gear. Tear gas containers are being tossed around like lollipops and strangers are beating on each other like a heavyweight fight at the MGM Grand in Vegas.

Amanda and Gideon both end up in the skywalk overlooking the madness and, even though they are complete strangers to each other, the adrenaline rush overwhelms them and they discover quick ecstasy among the chaos. After putting their clothes back on, followed by making formal introductions, they embark on a sexual journey together that re-ignites the flames in their souls. Both are forced to make choices that they never thought would have to be made; marriages are placed at risk; heartbreak is inevitable. What starts out merely as casual sex becomes much more than mere physical attraction and their lives begin to unravel. No matter how incredible something wrong can make one feel, eventually, Everything Fades Away.