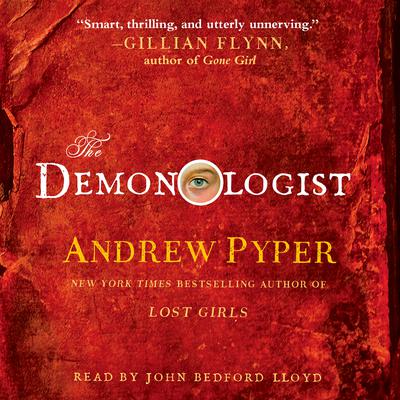 Fans of The Historian won’t be able to put down this spellbinding literary horror story in which a Columbia professor must use his knowledge of demonic mythology to rescue his daughter from the Underworld.

Professor David Ullman is among the world’s leading authorities on demonic literature, with special expertise in Milton’s Paradise Lost. Not that David is a believer—he sees what he teaches as a branch of the imagination and nothing more. So when the mysterious Thin Woman arrives at his office and invites him to travel to Venice and witness a “phenomenon,” he turns her down. She leaves plane tickets and an address on his desk, advising David that her employer is not often disappointed.

That evening, David’s wife announces she is leaving him. With his life suddenly in shambles, he impulsively whisks his beloved twelve-year-old daughter, Tess, off to Venice after all. The girl has recently been stricken by the same melancholy moods David knows so well, and he hopes to cheer her up and distract them both from the troubles at home.

But what happens in Venice will change everything.

First, in a tiny attic room at the address provided by the Thin Woman, David sees a man restrained in a chair, muttering, clearly insane… but could he truly be possessed? Then the man speaks clearly, in the voice of David’s dead father, repeating the last words he ever spoke to his son. Words that have left scars—and a mystery—behind.

When David rushes back to the hotel, he discovers Tess perched on the roof’s edge, high above the waters of the Grand Canal. Before she falls, she manages to utter a final plea: Find me.

What follows is an unimaginable journey for David Ullman from skeptic to true believer. In a terrifying quest guided by symbols and riddles from the pages of Paradise Lost, David must track the demon that has captured his daughter and discover its name. If he fails, he will lose Tess forever.