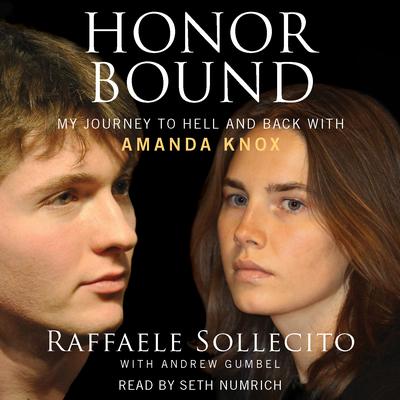 My Journey to Hell and Back with Amanda Knox

Raffaele Sollecito and Amanda Knox were the victims in a world-famous trial so bizarre that it defied all reason. Charged with a crime neither could fathom, let alone perpetrate, they spent four excruciating years in prison before their final acquittal. Now, for the first time since, Raffaele reveals what really happened between him and his then girlfriend before, during, and after the brutal murder of Amanda's roommate Meredith Kercher.

With startling candor, Raffaele shares intimate details about his changing relationship with Amanda as their giddy romance turned into endless harrowing interrogations. As Amanda’s only solid alibi, Raffaele came under unrelenting pressure—from his own family and lawyers as much as the police and prosecution—to change his testimony. Doing so might have saved him, but would almost certainly have condemned Amanda to a lifetime in jail. He refused.

Emotional, disturbing, and ultimately galvanizing, this memoir is a riveting account of an egregious miscarriage of justice, of public condemnation, and personal survival. And, at its heart, it is a tragic love story about a young man who trusted his feelings, refused to give up hope, and ultimately triumphed.