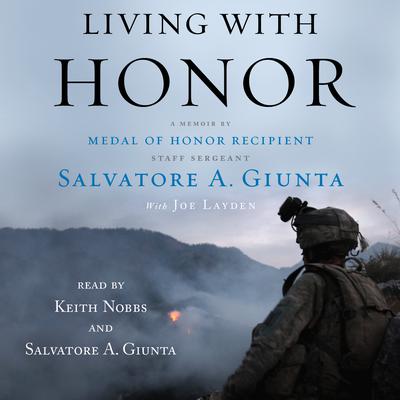 A compelling memoir from a true hero—an ordinary man who joined the army and became one of the few living persons to ever be awarded the celebrated Medal of Honor.

Medal of Honor winner Staff Sergeant “Sal” Giunta’s empowering memoir describes a boy working at a Subway shop who was attracted to an Army recruiting center by a free T-shirt, but left inspired by the thought of making a difference to the world. After enlisting, he was posted to Afghanistan, where he learned from the seasoned soldiers of the 173rd Airborne Brigade about a totally new kind of war. In 2007, while he was on patrol in the Korengal Valley—the “Valley of Death”—his lessons on duty and honor in the face of danger were tested. His squad was ambushed by Taliban insurgents and pinned down under blistering fire. When their leader fell, Giunta shielded him with his own body. Amid the chaos, he continued to fight and protect his wounded comrades until Apache air cover finally brought a halt to the action.

Living with Honor is a remarkable account by a man who insists he was “just a soldier,” but who has made the difference he dreamed of. His candid, insightful tale is a moving testament to the power of the human spirit.