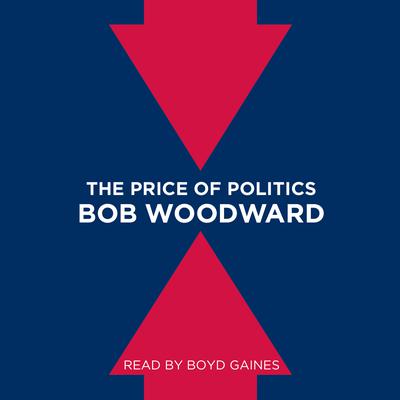 The Price of Politics

See how and why Washington is not functioning.

Bob Woodward’s freshly reported, thirty-five-page Afterword to his national bestseller, The Price of Politics, provides a detailed, often verbatim account of what happened in the dramatic “fiscal cliff” face-off at the end of 2012 between President Obama and the Republicans.

Now it’s happening again. In fall 2013, Washington faces a new round of budget and fiscal wars that could derail the American and global economies.

It was the land of no-compromise:

On health care cuts over ten years, Boehner suggested to Obama, you are $400 billion, I’m at $600 billion. “Can we split the difference here? Can we land at $500 billion?”

“Four hundred billion is it,” Obama replied. “I just can’t see how we go any further on that.”

After making $120 billion in other concessions, Obama pleaded with Boehner, “What is it about the politics?”
“My guys just aren’t there,” Boehner replied.
“We are $150 billion off, man. I don’t get it. There’s something I don’t get.”

The Price of Politics chronicles the inside story of how President Obama and the U.S. Congress tried, and failed, to restore the American economy and set it on a course to fiscal stability. Woodward pierces the secretive world of Washington policymaking once again, with a close-up story crafted from meeting notes, documents, working papers, and interviews with key players, including President Obama and House Speaker John Boehner. Woodward lays bare the broken relationship between President Obama and the Congress.